NFL helmets are going haute couture before the Super Bowl XLVIII. A collection of 48 designer NFL helmets has been created in a joint project between the Council of Fashion Designers of America, the National Football League and Bloomingdale’s. Super Bowl XLVIII is scheduled to be held at MetLife Stadium in New Jersey on February 2, 2014.

Bloomingdale’s 59th Street flagship will showcase the helmets on a windows display and online starting 15th January, at the same time helmets will be up for auction to support the NFL Foundation until 4th February. As a recognition of the 48th Super Bowl, bidding for helmets will start at $248.

Fashion houses participating in creating one-of-a-kind helmets include Marchesa, Diane von Furstenberg, John Varvatos, Betsey Johnson, Badgley Mischka, Kenneth Cole, Donna Karan and many others. Even Bloomingdale’s window design team has created one of their own, a most unusual one with spiked up miniatures of the Empire State Building and Statue of Liberty, paying tribute to NYC as one of the hosting cities – which in itself is a confusion, as the game actually will be held in Rutherford, New Jersey! 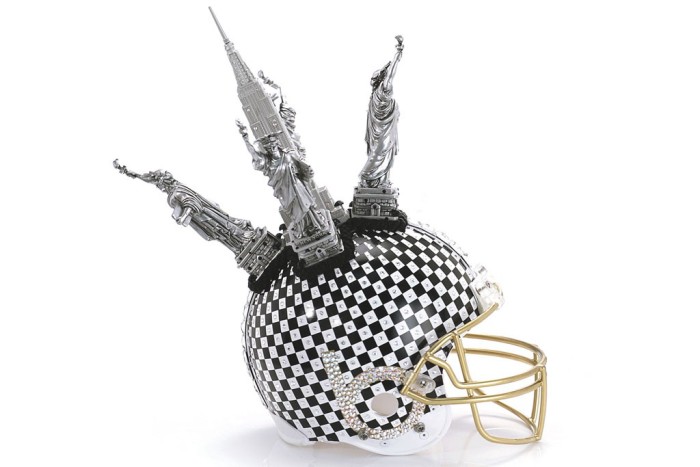 Helmets are decorated with flowers in bright pink, Mohawks, Swarovski crystals, mesh, lace, and sequins. Some of the helmets are more to the feminine side, dads – take your daughters with you if you want to try them out in public. The interactive windows will allow viewers to “virtually” see how they would look wearing some of the helmets.

As reported by WWD, Bloomingdale’s plans to celebrate the helmet launch with a tailgate party with NFL players and CFDA designers joining in the fun. Proceeds from the auction will benefit the NFL Foundation. The foundation supports many youth and high school programs throughout the country that includes safety, and health programs and community health initiatives. One of the programs NFL Play 60 promotes physical activity and nutrition and fights childhood obesity. 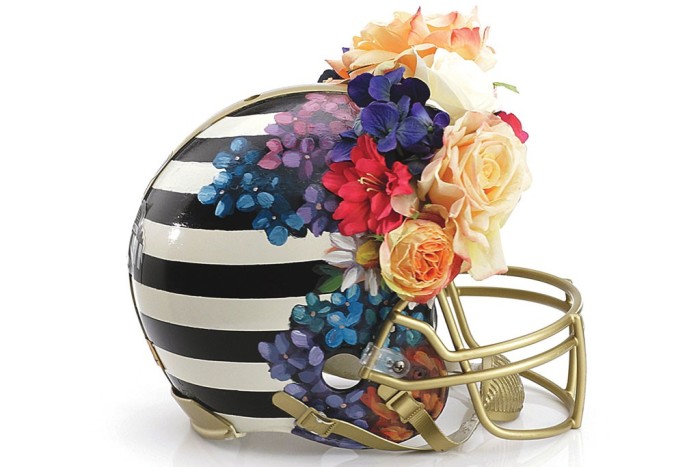 In Bloomingdale’s history, this is the first time they are actively participating in anything related to Super Bowl or NFL. It now seems they plan to participate in Super Bowl XLIX too. Frank Berman, executive vice president of marketing at Bloomingdale’s said “If the right opportunity presented itself, I could easily see ourselves doing another collaboration. This year, the stars all seem to be aligned, with the Super Bowl in New Jersey, us being New York-based and the designers being here.” 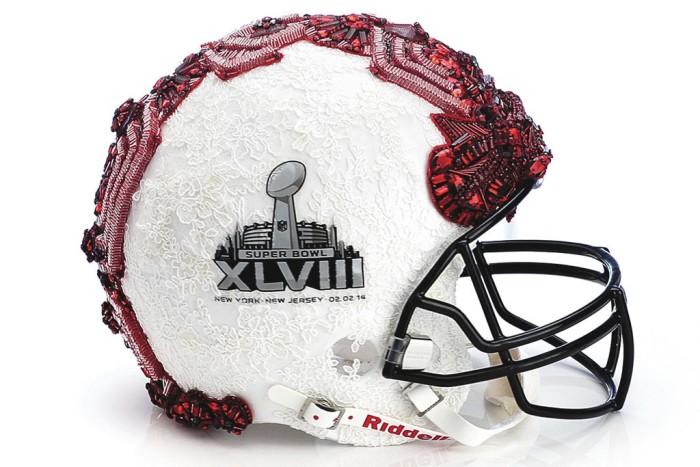 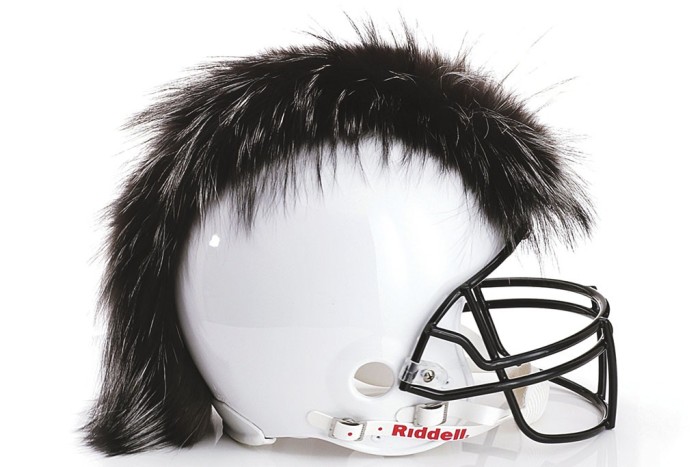 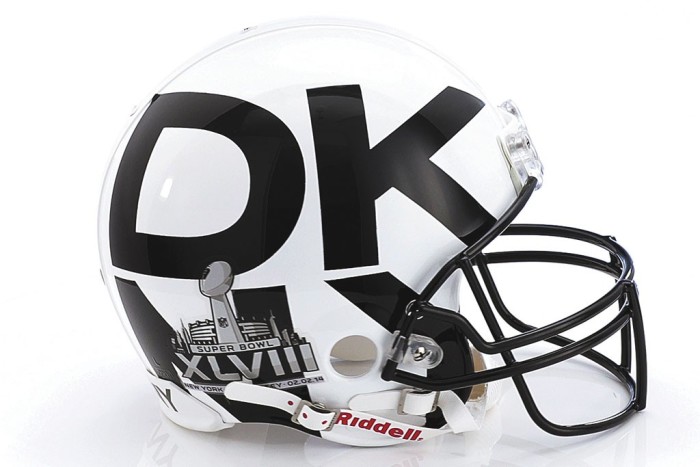 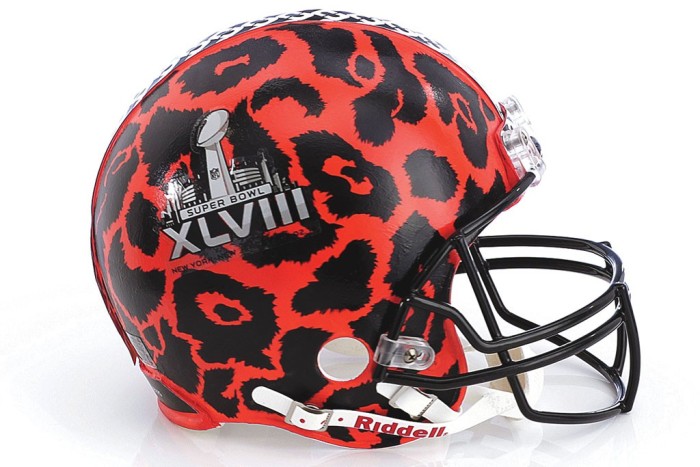 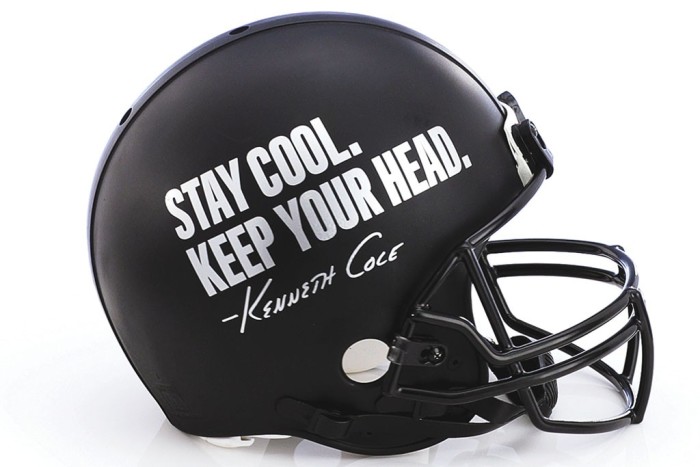 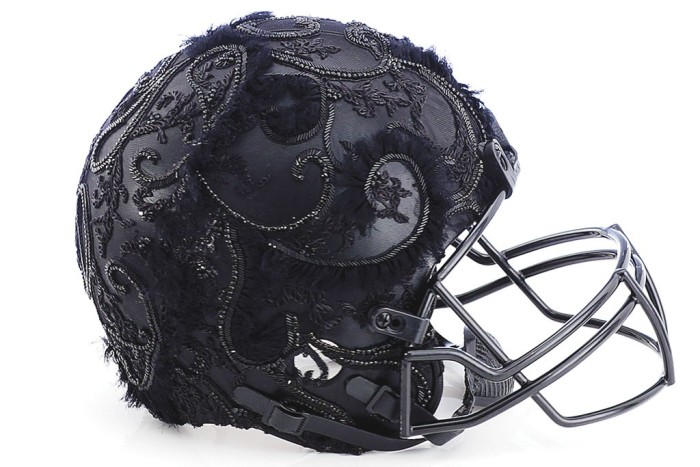 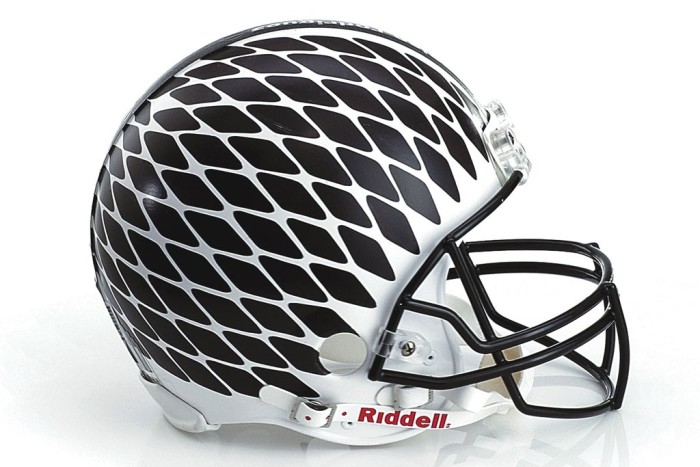 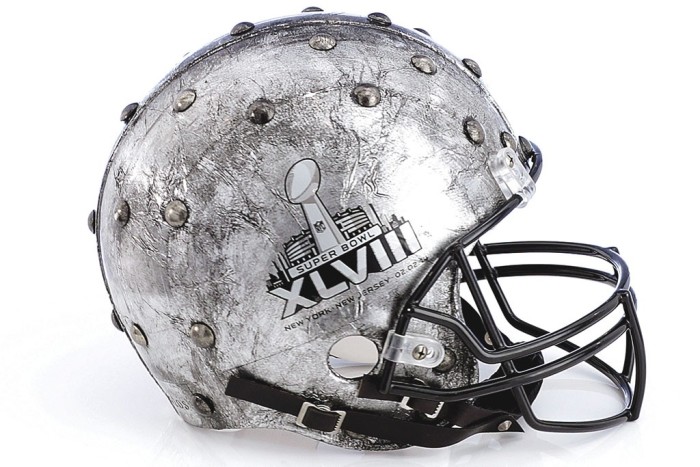