Who said funny pendants are not in fashion anymore? Swiss high-end jeweler, De Grisogono’s collection of critters named, Crazymals is back with new characters to join originals Super Pig, Cool Bear, Funky Monkey and KissMe Frog from 2009. By the looks of it, the collection is paying tribute to all things American – from Flamingos to Hip Hop Pandas. The best thing is, these little colorful critters are available in two versions – pendants and rings. 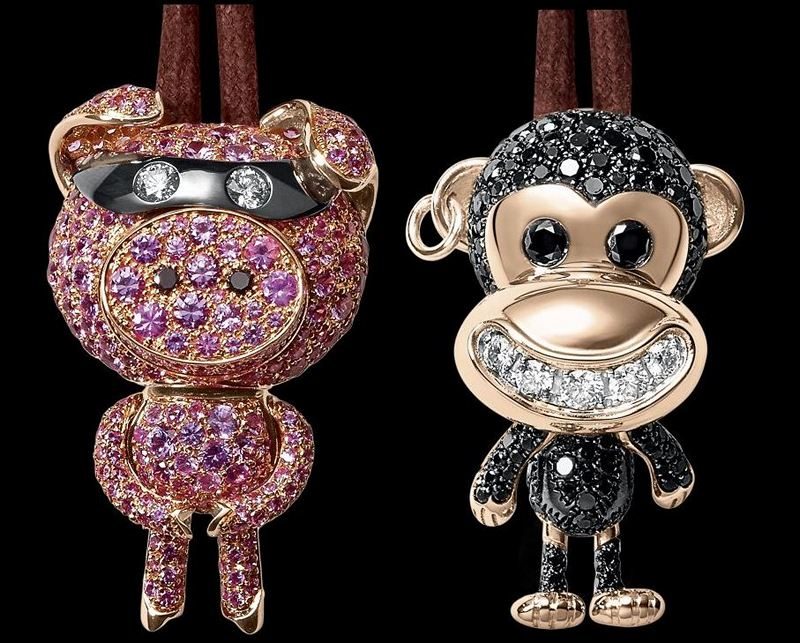 The colorful funny little things have their own thing going with their animated heads, bodies, arms, and legs come to life. You know a flamingo is a flamingo by looking at it from the front, while its back features De Grisogono’s signature openwork scrolling motifs.

Each colorful and detailed Crazymals character is set with 1001 stones. In all, the collection features seven new jewelry figurines to put a smile on your face – Lady Flamingo, Crooner Snake, Great Ladybug, Stogie K, Tux’Penguin, Hip Hop Panda and Buddy. Check out the collection below. 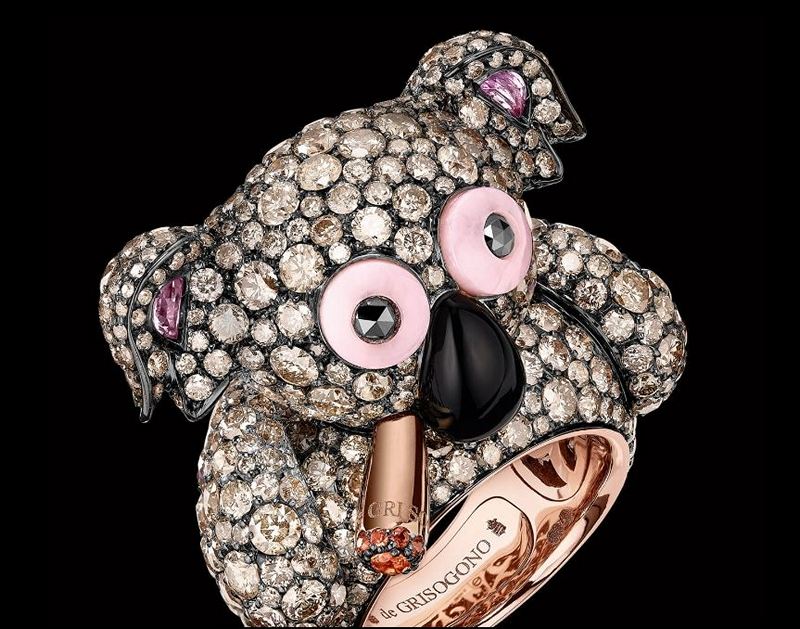 The leader of the Crazymals pack at De Grisogono. Movie mogul, Stogie K lives in a huge mansion with French windows in Palm Springs. He is known for his artfully disheveled grunge look and the ever-present rose gold made cigar studded with orange sapphires. He himself is covered in brown diamonds and pink sapphires. 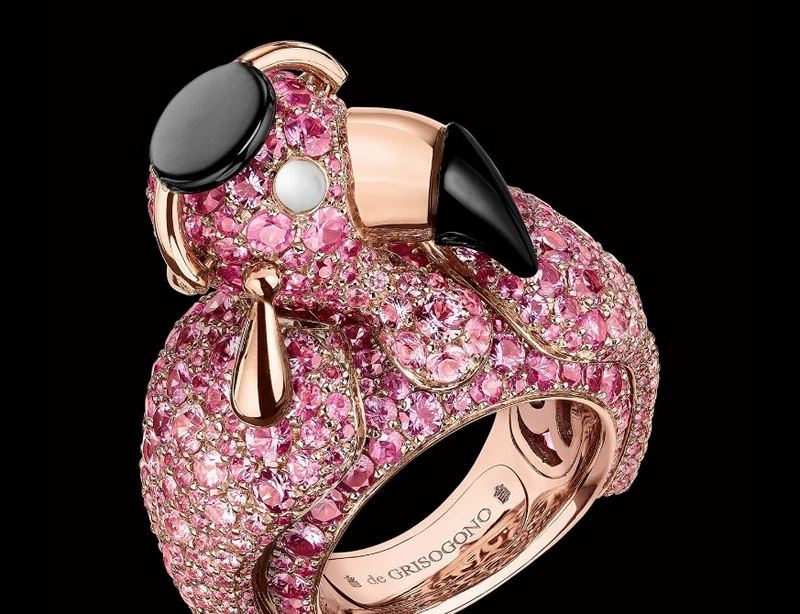 Could be from Vegas or could be from Florida, either way, Lady Flamingo stand out in her pink wrap made from 239 precious stones. She also wears rose gold made earrings and flippers. 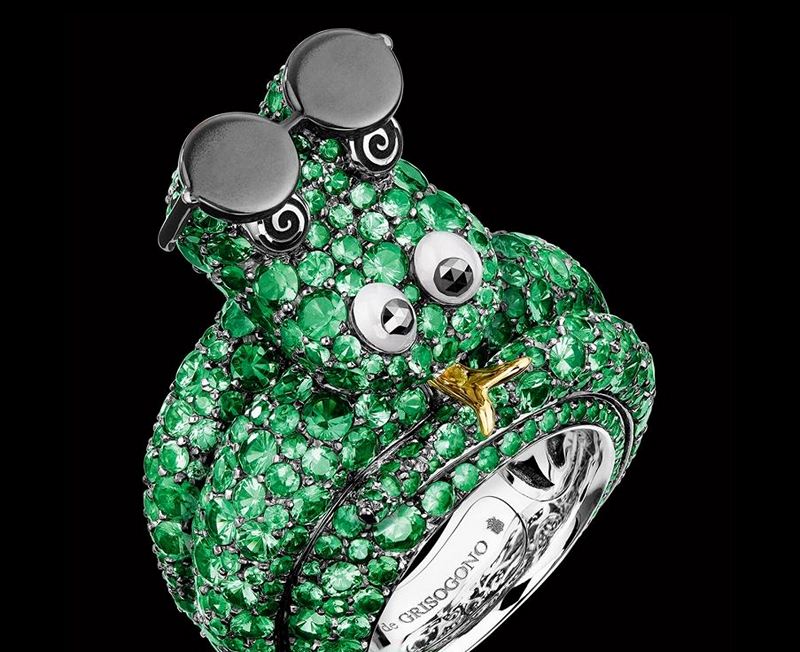 There is nothing wrong with having a snake for a crooner, I think. Used to hang out with a pack of rats in Palm Springs area (no one knows what happened to them). After all, Frankie is originally from Garden State aka New Jersey – Frankie loved those good old swamps over there. 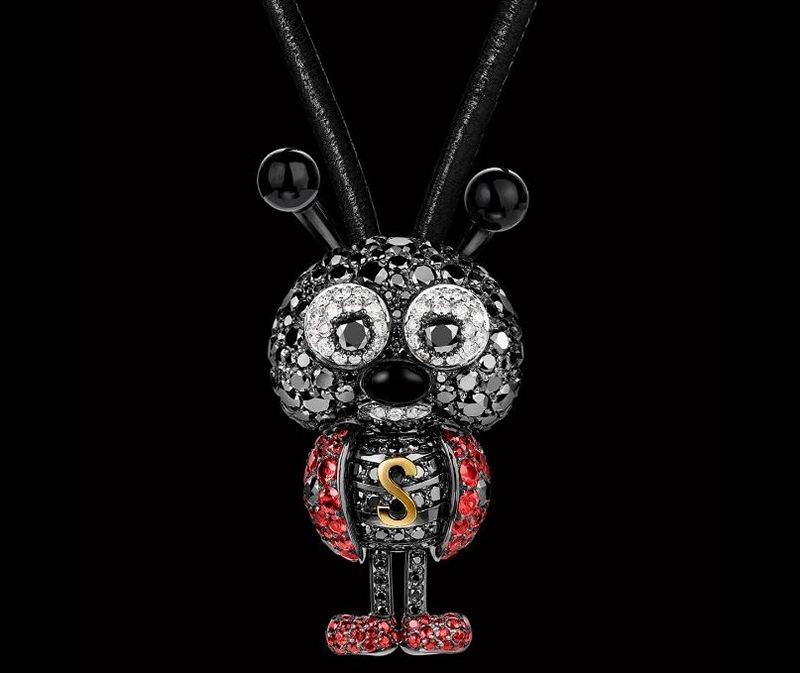 With its headband and antennas, the ladybug looks like it came from Mars, even though it is actually from fields of California. The red sapphire and diamonds clad ladybug features onyx balls on her head, eyes, and body. 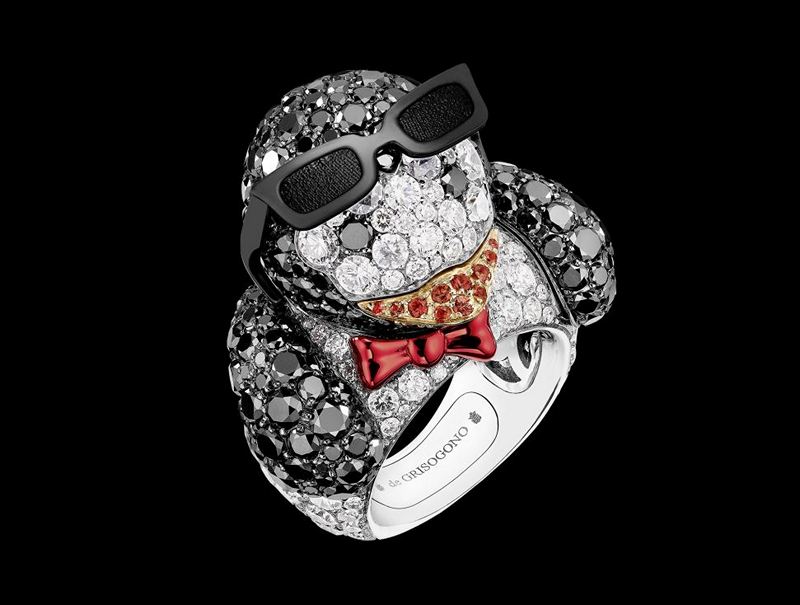 There is only one Tux’Penguin in the world, and it is a creation of De Grisogono. The stylish Penguin wears a black diamond tux, a white diamond poplin shirt and a nano-ceramic gold and red bow tie. Stylish Penguin is wearing moccasins made of orange sapphires and high-tech sunglasses.

Hip Hop Panda aka The Bo$$ 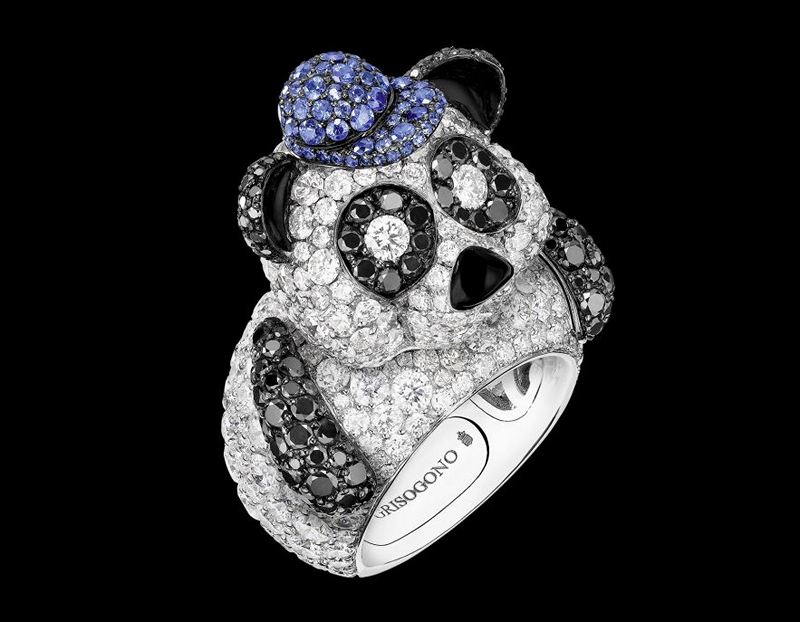 This is a guy with an oversized character because his game is rap. The gangsta with a hipster beard and a blingy blue sapphire cap shows off his tough side with black and white diamond tattoos on his body. 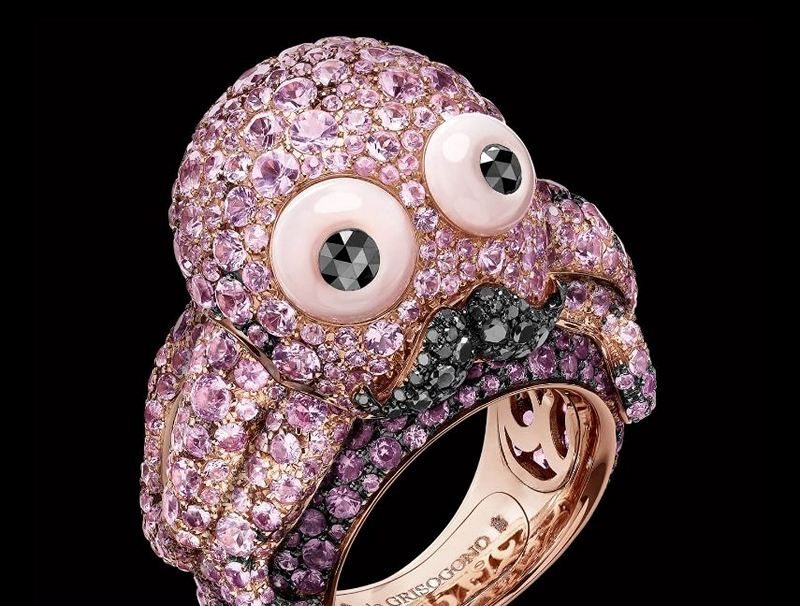 The seventh member of this magnificent seven is Buddy – an octopus with a sexy mustache. The black diamond mustache compliment perfectly with its pink diamond covered many limbs of his rose gold body. To get your favorite Crazymal visit De Grisogono.