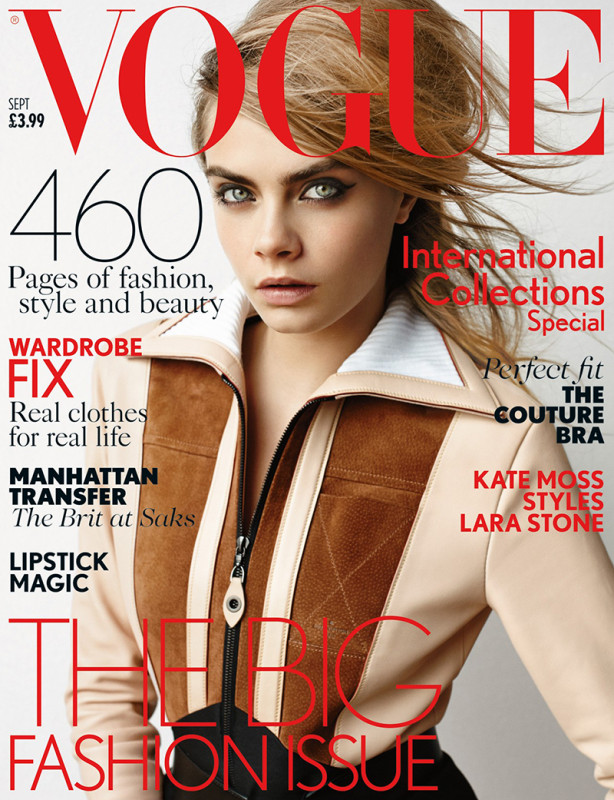 Doesn’t matter how harder you try, you just can’t escape high profile British model Cara Delevingne. She appears in advertising campaigns for numerous high-end fashion houses. So it is no surprise British Vogue has chosen her to be the face of their biggest fashion issue of the year. Already a veteran of two Vogue covers, Delevegne will appear on September issue dressed entirely in creations from Nicolas Ghesquiere’s debut Louis Vuitton collection. The 462-page September issue already on stands since August 4th also highlights autumn/winter 2014 collections.

Photographed by Mario Testino, Delevingne appears on the cover in leather and silk dress worth £3,535 ($6,000) and strapped with a £495 ($825) leather knot belt from Louis Vuitton. Notable is her 60’s inspired fashion trend of wearing the cat eye makeup. On Instagram she posted “So happy with my @britishvogue cover! Thank you @mariotestino @thevalgarland #ChristiaanHoutenbos #LucindaChambers.”

Alexandra Shulman, editor-in-chief of British Vogue noted this issue includes more fashion shoots than they ever done for a single magazine. She also spoke about the British Vogue by adding “we have a hugely wide-reaching range of style in our pages – which is appropriate for a country that has the diverse and original culture we do.” As far as Shulman is concerned this edition is a must have for any fashionista. 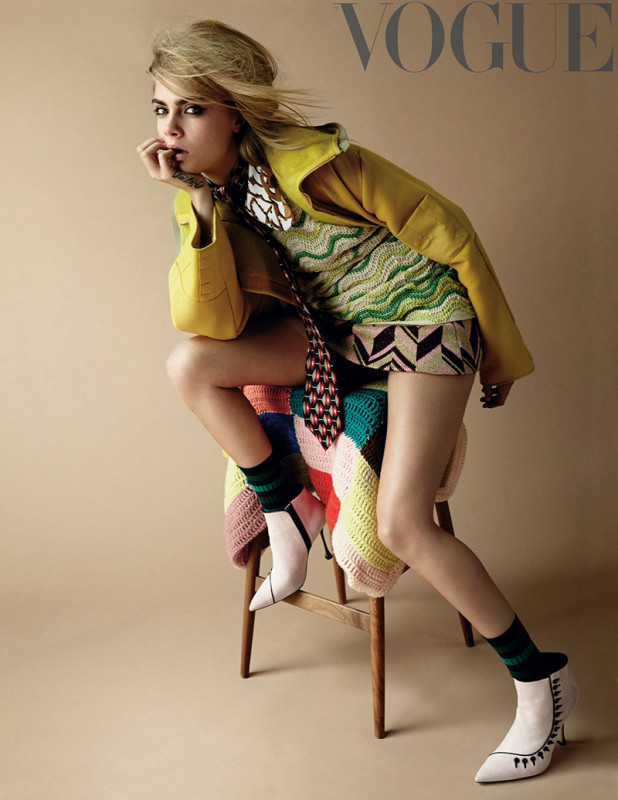