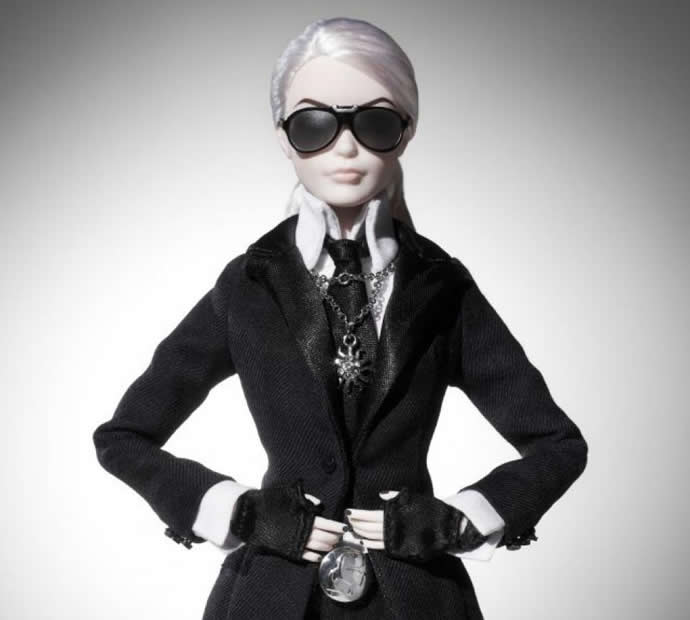 Bag Boy Karlito is getting a female companion. Mattel Inc., creator of Barbie doll has announced the release date for Barbie Largerfeld. The limited edition Karl Lagerfeld Barbie will go on sale during the Paris Fashion Week on September 29th at select Karl Lagerfeld boutiques and Collette in Paris. Online it will be sold on thebarbiecollection.com and Karl’s launch partner for all things Lagerfeld, Net-a-porter.com. This haute-couture Lagerfeld look-a-like Barbie doesn’t come cheap however, it costs a pretty penny with the announced €200 or $200 price tag.

Only 999 of it will be made. The Barbie Lagerfeld is expected to be a hit among fashion loving Barbie collectors. 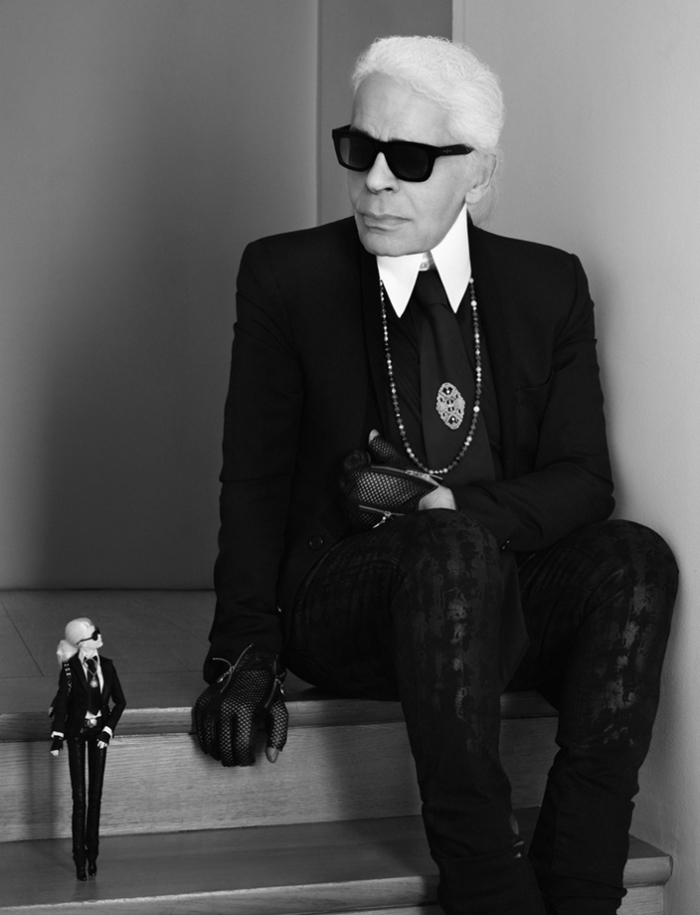