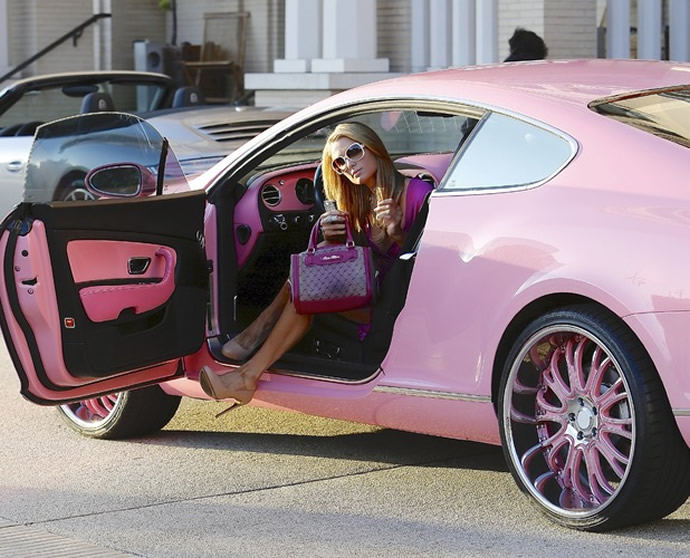 Paris Hilton don’t have a pink Cadillac, but she has a pink Bentley. Dressed in all Pepto-Bismol pink, Paris presented herself at Barneys New York in Beverly Hills for a little shopping excursion. Painting herself in pink went from top to almost bottom – she wrapped herself in a hot pink dress and had a fashionable arm candy in her pink Paris Hilton branded handbag. Her heels though not exactly pink, they are nude.

Social media savvy former reality TV star made sure to keep her followers informed about what she was up to. Hilton tweeted “Driving around in my pink baby. It’s been a while since I’ve driven her. Love my pink #BarbieBentley.” 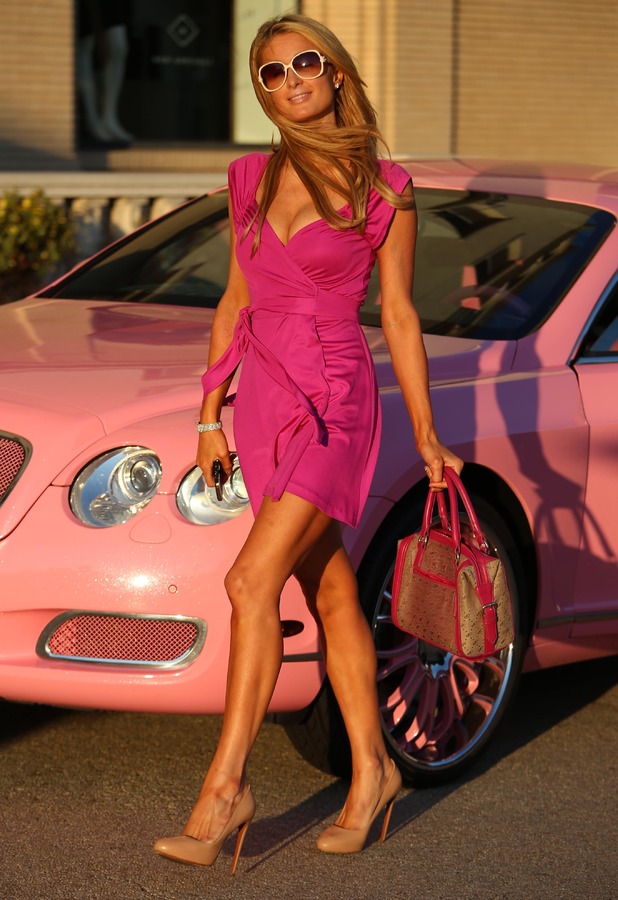 Hilton, no stranger to controversy or awkwardness admitted she got her Bentley painted pink because since she was a kid she was a bit envious about Barbie’s pink Corvette. She told San Francisco Chronicle few years ago “I think when you’re a little girl and you have the Barbie Corvette you’re like, ‘I wish I had a car like this one.’ So I think [it’s] just being a fan of Barbie for so long.” Seems Miss Hilton never let her inner Barbie go as an adult.

She gladly obliged to waiting paparazzi outside the luxury store by posing without hesitation. 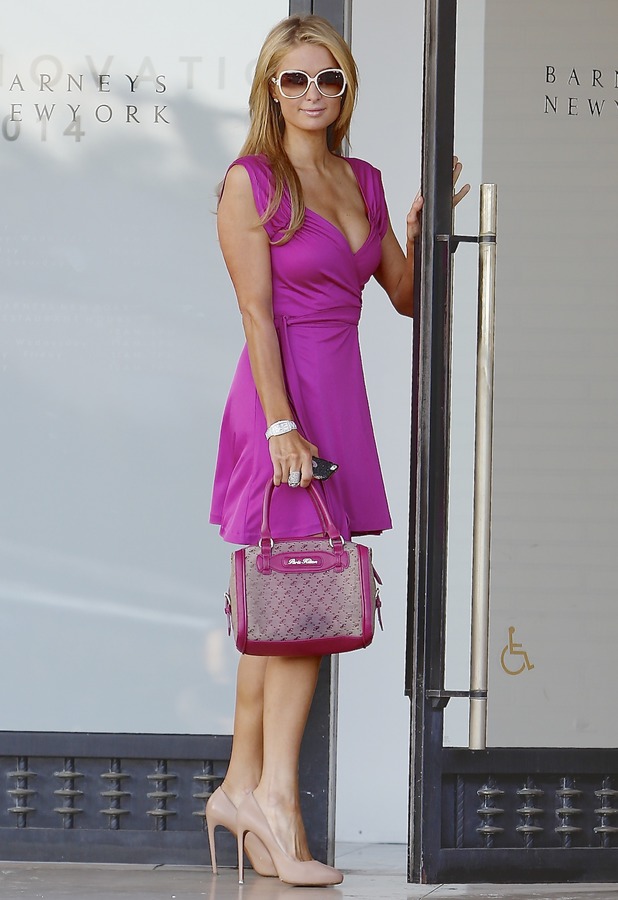