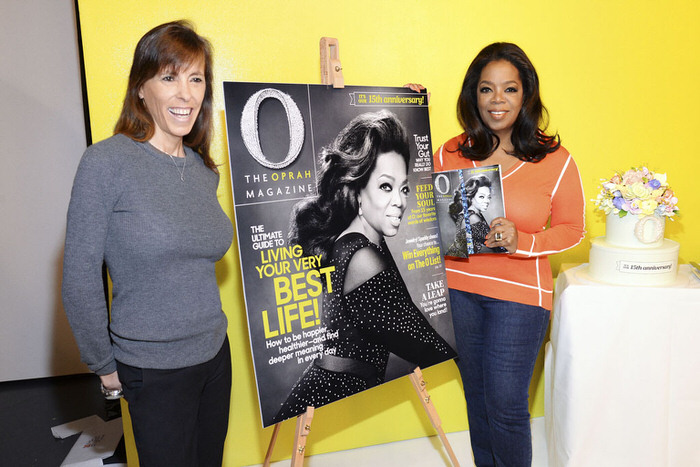 Nobody gets to pose for the cover of The Oprah Magazine other than Oprah Winfrey. During its first fifteen years only two other lucky women managed to get on the cover of the O Magazine, First Lady Michelle Obama in April 2009 and the daytime host Ellen DeGeneres also in 2009 in the December issue. Neither Obama nor DeGeneres got the cover for themselves, they had to share it with Oprah. First published in April 2000, the monthly magazine’s 15th anniversary edition will feature a cover with Oprah in a stunning Swarovski crystal-studded dress accompanied by a twinkling “O” logo.

Every copy of the crystal anniversary edition will feature Oprah’s signature and over 1,500 Swarovski crystals. Oprah arrived for the unveiling dressed in a bright orange sweater, denim jeans and off-white sneakers with a sparkling toe box. This is also O magazines first ever black and white cover and Oprah described the cover as “very ironic”. Raising a toast she added “I won’t say 15 more (years). Fifteen more of dragging me out, I don’t think so.”

The anniversary edition is set to hit the stands on April 14. An exclusive May edition will be offered to fifteen premier members of O’s Circle of Friends, who needs to be lucky enough to win a copy. Fifteen winners will also receive a selection of luxury beauty products worth $500. 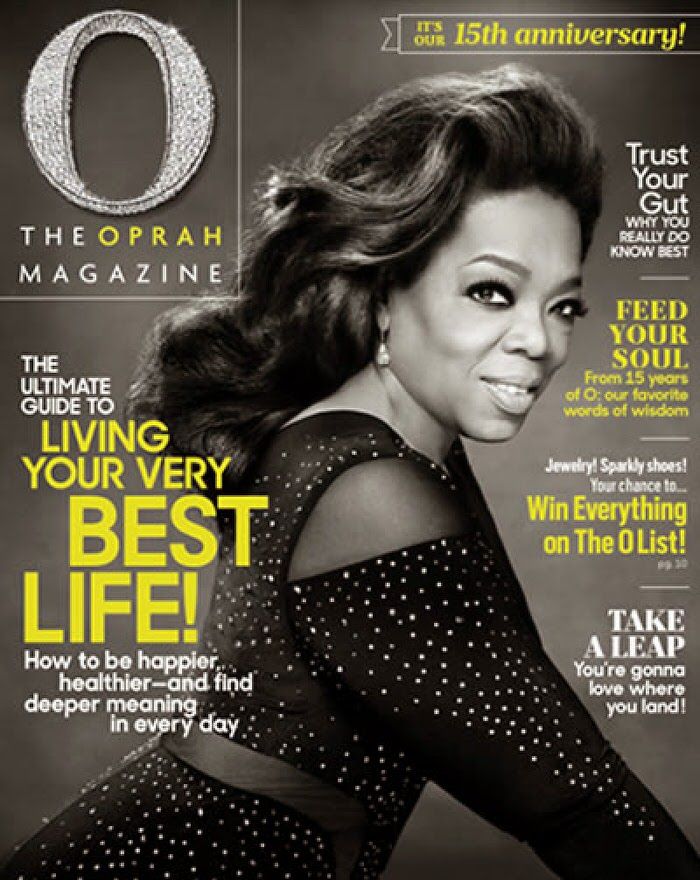