To celebrate Michael Jackson’s 55th birthday, Bon-Cadeu, a Russian boutique is selling his figurine. White and gold figurine with a black jade base is studded with 505 diamonds and 45 sapphire pieces. Gold weighs 200 grams.

Just like the fans of the King of Rock and Roll, never forgot their idol, Elvis Presley, fans of the King of Pop are not forgetting their idol, Michael Jackson. There is still a huge demand for Michael Jackson memorabilia around the world, especially outside of the US. Every time there is an auction to sell anything related to Michael be it a glove, the house he died or hand and foot impression, his fans go crazy.

The miniature statue feature Michael striking a pose in one of his famous dance moves and one hand covering his face with a mask. And attention was paid to his famous rhinestone-studded glove and sparkle socks. Have your checkbook ready, Michael figurine will set you back $380,000. 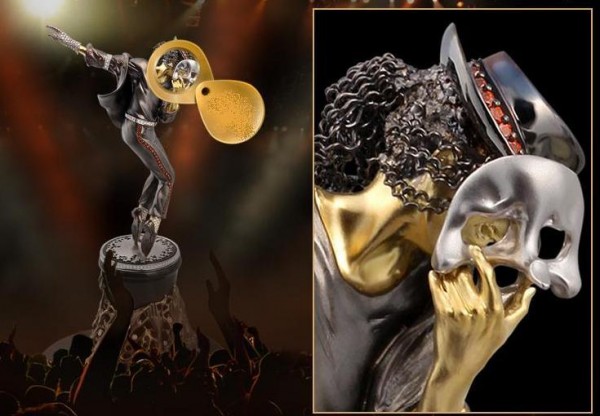 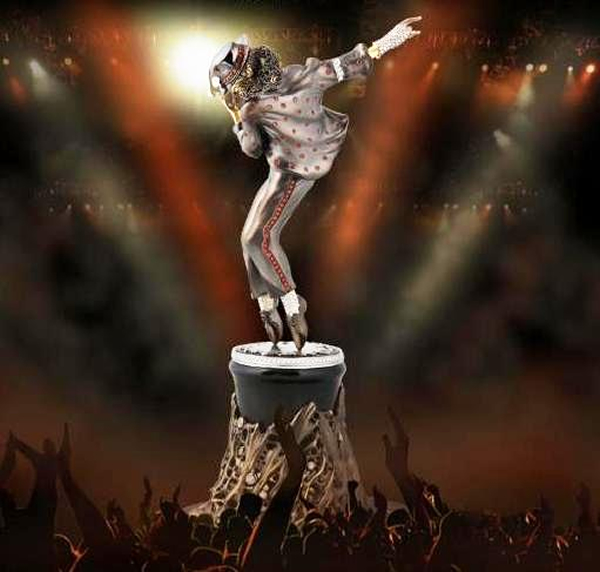