Kris Humphries finally got something out of his quick and sham marriage to Kim Kardashian. Still, he ended up losing though. Kris claimed he paid $2 million for the engagement ring at the time of his much-publicized engagement and subsequent marriage to Kim. It ended up being sold for less than 50% of that estimate on Tuesday.

As part of Christie’s “Magnificent Jewels” auction on Tuesday in New York, it was sold for $749,000 including commission. The ginormous diamond ring had a pre-presale estimate of $300,000 to $500,000, so it got sold for a bit more than what Christie’s estimated for. 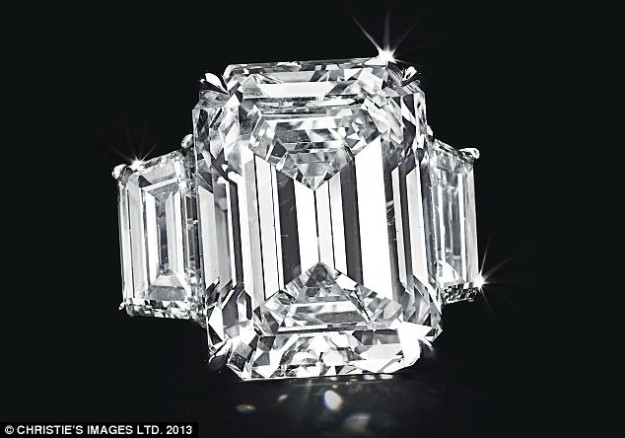 Lorraine Schwartz designed ring has a 16.21 karat rectangular-cut center diamond with VS1 clarity, and two 1.8 karat diamonds on either side. Not wanting to be part of Twitter ridicule, the sensible buyer decided to stay anonymous.

A rep for Kris Humphries said part of the sale is going to charity. While Christie’s on a statement to USA Today said “saw active participation in the room, on the phone banks, and from Christie’s LIVE. This impressive diamond ring was sought out by two bidders in the back of the room, one online bidder, and was ultimately won by a bidder on the phone.”

Kris and Kim played husband and wife for a total of 72 days. Their Divorce was finalized on June 3, 2013 – two weeks later Kim gave birth to her daughter North with Kanye West.