Jessica Chastain is done hunting Bin-Laden and now a Scottish heroine from the animated movie “Brave”. The red-haired actress recently posed as Merida, the red haired Scottish heroine from the 2012 Disney Pixar movie “Brave” for the Disney Dream Portraits series. Photographed by celebrity photographer Annie Leibovitz, behind the scene photos released by Disney shows Chastain on a horse (a fake one and a real one) preparing to shoot arrows from her bow. The photo shoot took place in an aptly named area called Hudson Highlands in New York, the perfect place for a Scottish princess to be when in New York. 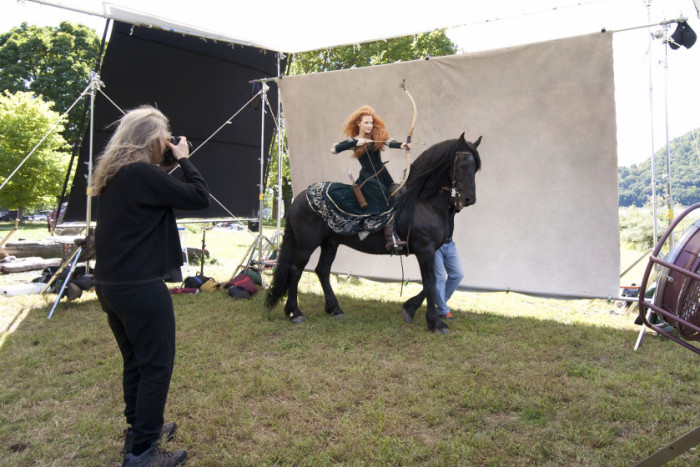 Chastain joins a growing line of celebrities that participated in the Disney Dream Portraits campaign. Other celebrities to transformed into fantastical Disney characters include Jennifer Hudson as Tiana from “The Princess and the Frog,” Taylor Swift as Rapunzel from “Tangled” and Russell Brand as Peter Pan’s nemesis, Captain Hook. All photographed by Leibovitz.

Photos will be used for Disney advertising campaigns for their theme parks. 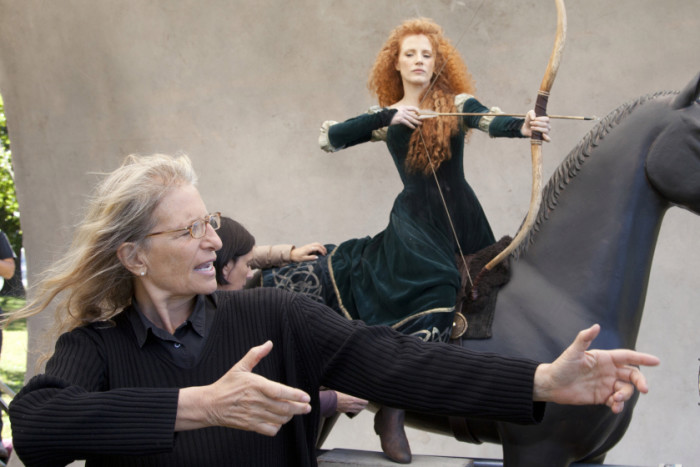 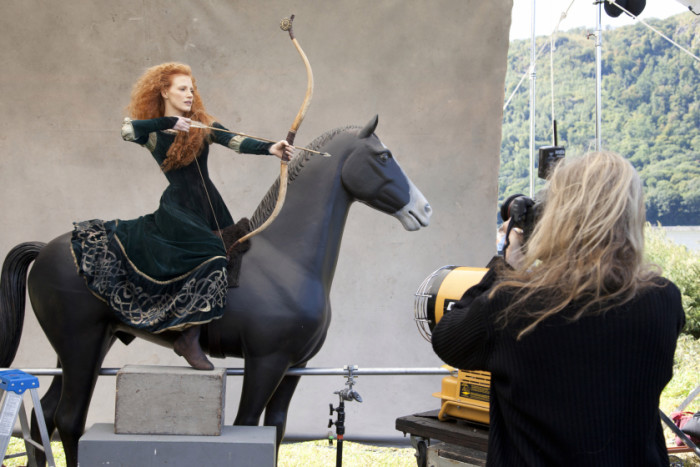 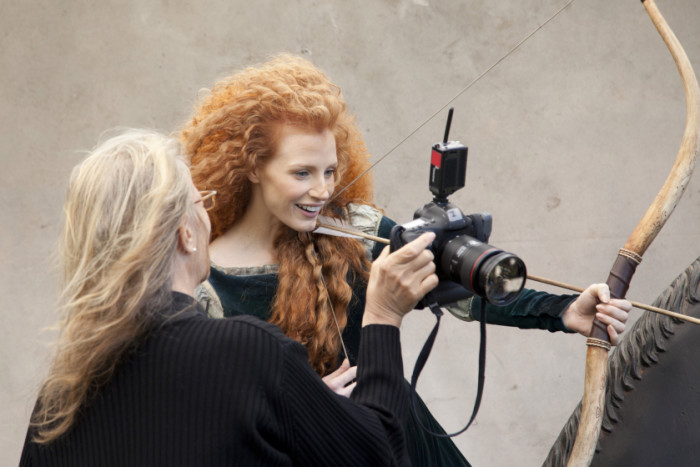 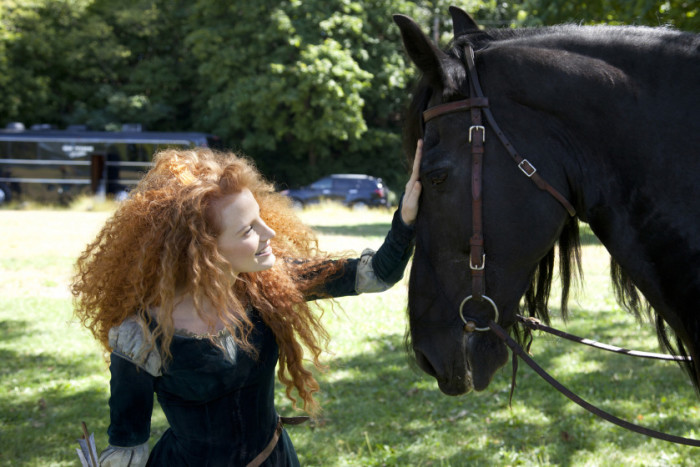 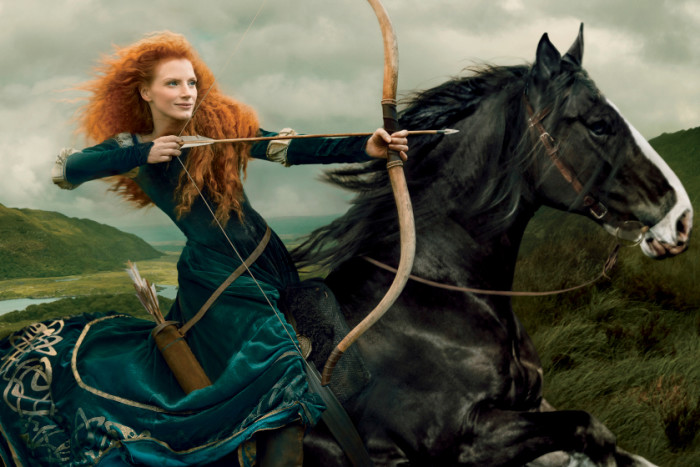