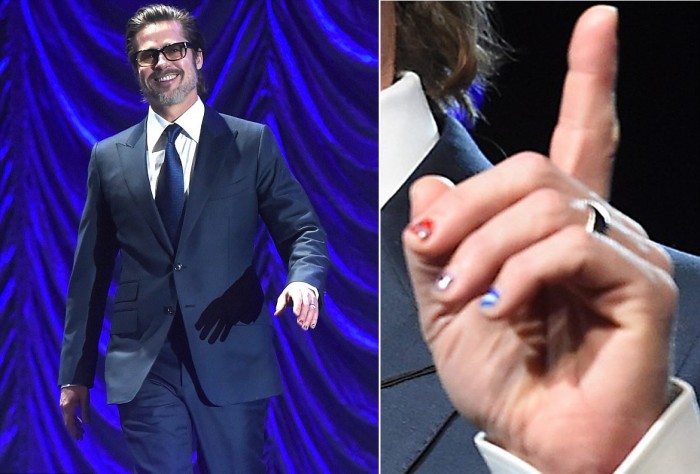 Have you done your nails yet? Actor Brad Pitt got his nails done for the winter. Once upon a time sexiest man alive and the father of six showed off his new man-icure with colorful nail art at the Palm Springs International Film Festival yesterday. Maybe one of his girls not named Angelina made him do it, Brad however wasn’t hiding it from anyone. I would say famous metrosexuals like David Beckham and Adam Levine now has serious competition from this 51 year old.

Brad Pitt was at the festival to present an award to Selma star David Oyelowo. In good spirits throughout the evening he even helped the audience pronounce David Oyelowo’s name – in a sing-song manner no less. This surely has to be the work of his kids, the rambunctious lot is known for this kind of mischievous. As we heard Jolie-Pitt kids even adorned Angelina’s wedding dress with their colorful drawings. 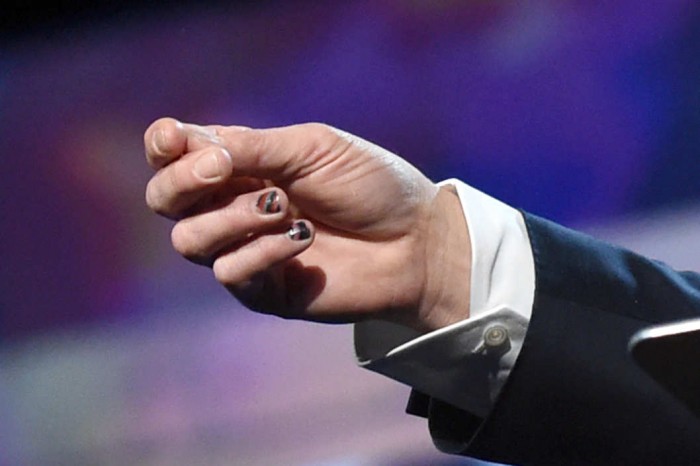 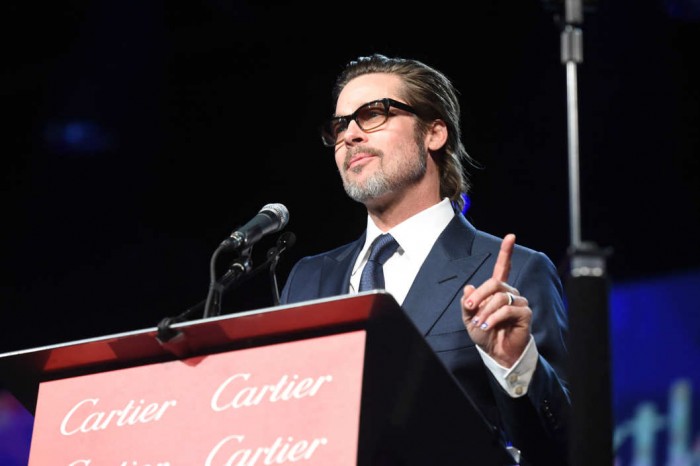