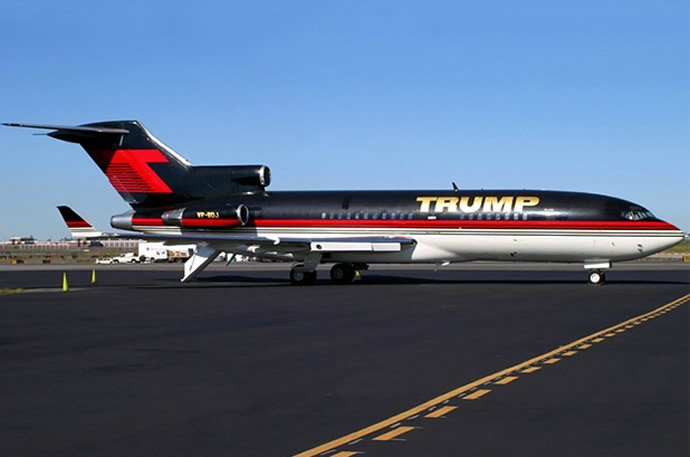 Donald Trump doesn’t know the meaning of the word ‘modesty’, it simply doesn’t exist in his vocabulary. As if to prove this point, during his recent trip across the pond to Scotland and Ireland Trump allowed a little peek inside of his Boeing 757. Lavishly decorated in 24 karat gold, cabin also boasts premium wood trimmings. The 67-year old property mogul bought the aircraft from Microsoft co-founder Paul Allen back in 2011 for $100 million and given it an extravagant make-over in his favorite color and precious metal.

Aircraft boasts comfortable and luxurious leather seats, a 52-inch flat screen TV with control box that gives access to thousands of movies with the touch of a button and a full-sized bed. Almost every equipment and surface is adorned with Trump logo. Trump, along with daughter Ivanka Trump was visiting golf resorts owned by his company that include former Doonbeg Golf Club in Ireland and the Menie Estate in Aberdeenshire and Turnberry in Ayrshire. 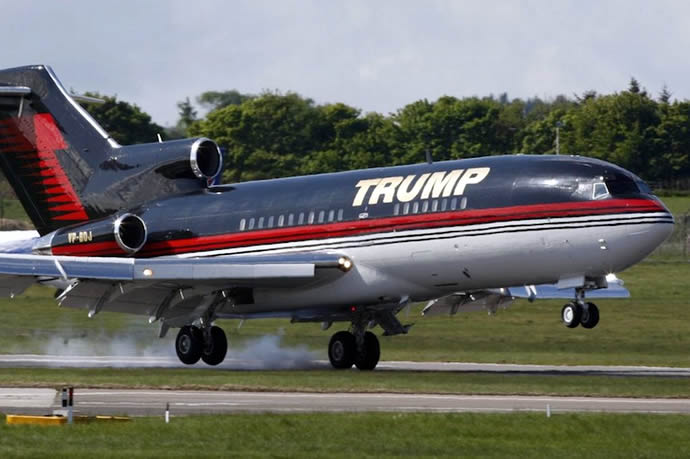 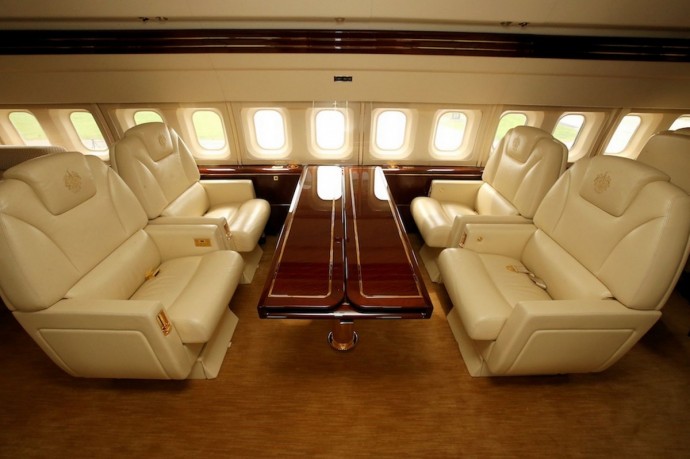 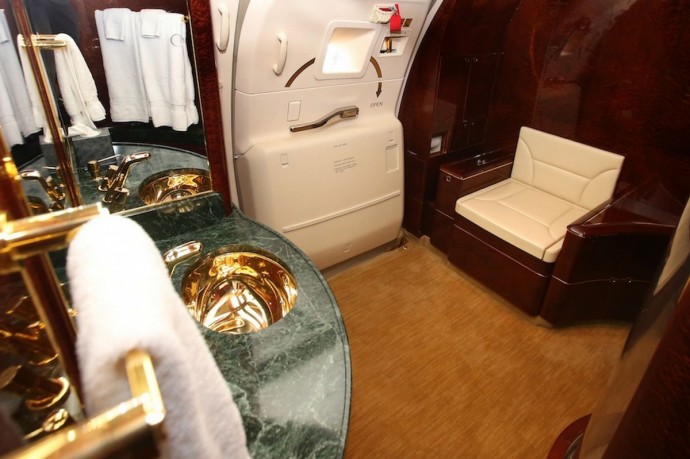 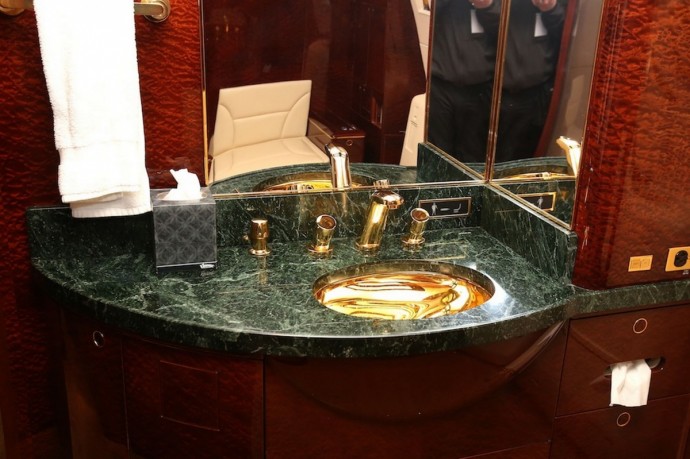 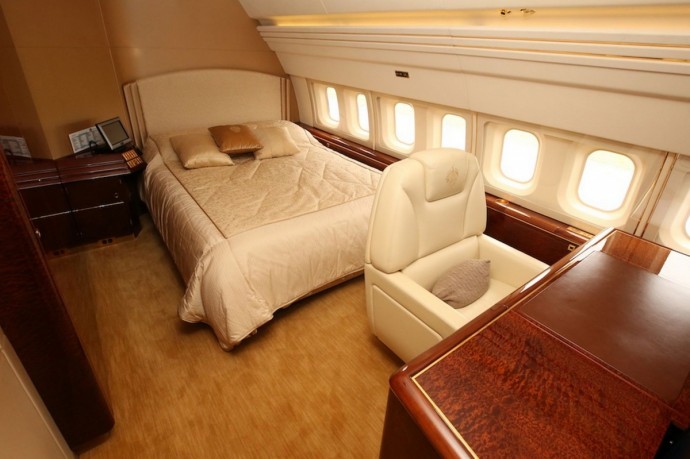 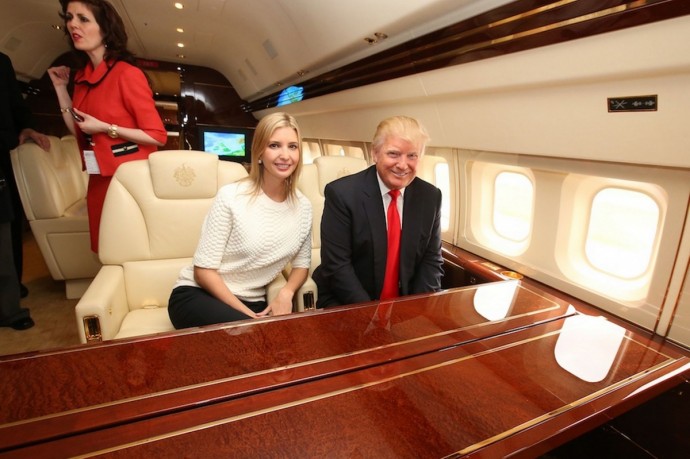