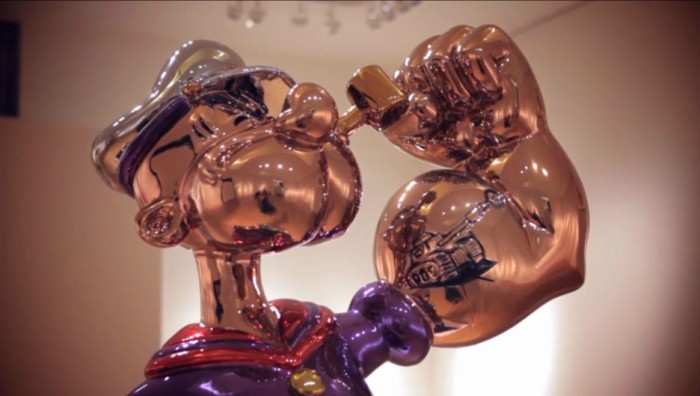 Steven Wynn of casino fame has paid a whopping $28 millions (not in spinach’s) for Jeff Koons’ “Popeye” sculpture. Stainless steel statue was estimated to fetch $25 million at the Sotheby’s New York auction last week, but Wynn put those estimates to shame by shelling out extra $3 million for the 6.5-foot-tall spinach-loving sailor of the cartoon world, holding a spinach can.

This is the number three edition of the three “Popeyes” Koons sculptured between 2009 and 2011, it comes signed, dated and numbered on the base of Popeye’s right foot. According to Sotheby’s New York co-head of contemporary art, Alex Rotter, Wynn plans to display Popeye statue at his Las Vegas hotel.

Wynn made his bid by phone. On hand to watch the sale were activist hedge-fund manager and Sotheby’s new board member Daniel Loeb, Mary-Kate Olsen and her fiance Olivier Sarkozy, fashion designer Marc Jacobs and gallery owner Larry Gagosian. 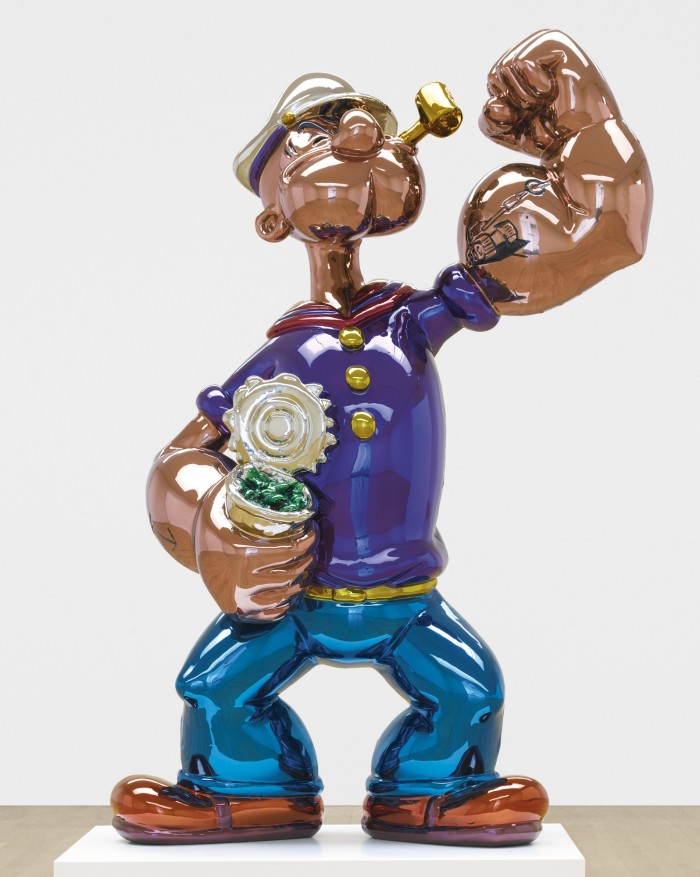