The first ever book printed in the USA, a 1640 copy of the translated Biblical psalms “The Bay Psalm Book” fetched a record $14 million at Sotheby’s New York yesterday. The book had a pre-auction estimate of $15-30 million. Bidding started at $6 million and it was all over a few minutes later with the winning bid of $14.165 million, which included the buyer’s premium.

The book was bought by American businessman and philanthropist David Rubenstein, he plans to lend it to libraries around the country. The book was printed in 1640 by Puritan settlers in Cambridge, Massachusetts. Of the 1700 first edition copies, only eleven have survived to this day. The Old South Church of Boston owned two copies including the one sold yesterday. Owners of other nine copies include The Library of Congress in New York and Harvard College Library. 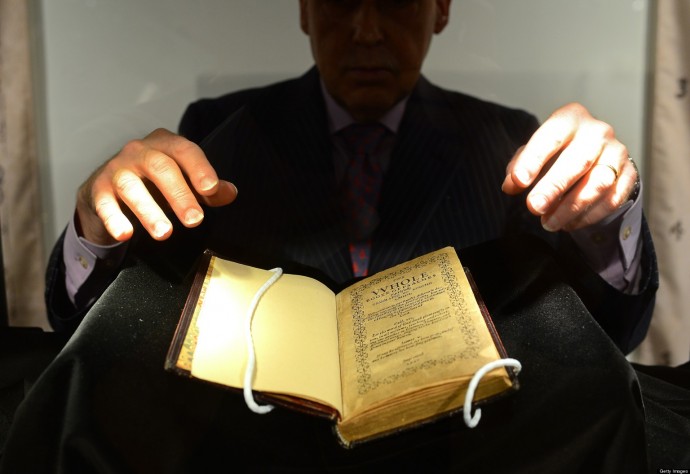 The Bay Psalm Book’s importance to American history is more than the first book printed in the country. “This little book of 1640 was a precursor to Lexington and Concord, and, ultimately, to American political independence. With it, New England declared its independence from the Church of England,” noted David Redden, head of Sotheby’s books.

The last Bay Psalm Book copy to appear at auction was in 1947, it was told for a then world record price of $151,000. The previous world auction record for a printed book was $11.5 million, reached when a copy of John James Audubon’s “Birds of America” sold at Sotheby’s in December 2010. 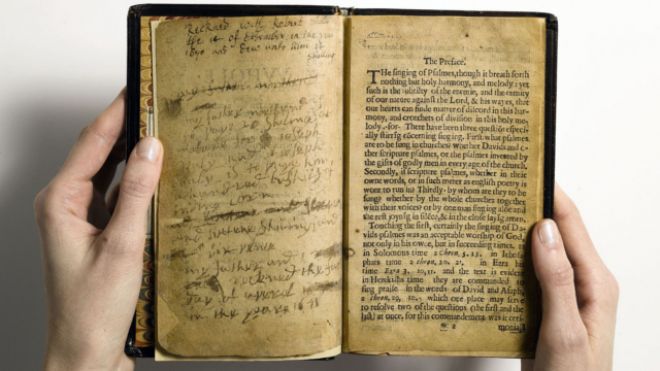 Proceeds from the auction will be used by the Old South Church in Boston to increase its grants and ministries. The church established in 1669 counted Samuel Adams as a member and Benjamin Franklin was baptized at the church.

‘‘This is enormous for us,’’ said the Rev. Nancy Taylor, senior minister of the church. ‘‘It is life-changing for the ministries we can do.’’