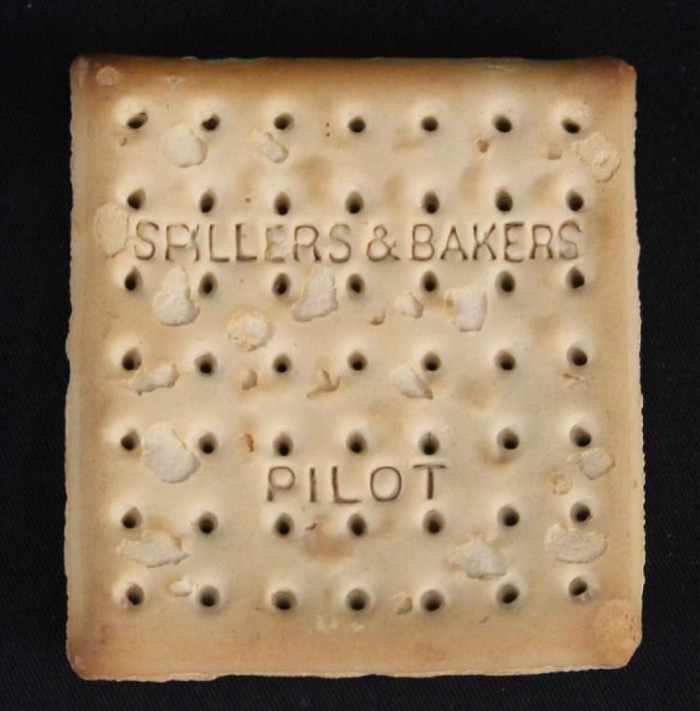 There is no shortage of Titanic memorabilia in the world. For an ocean liner that failed to complete its first journey, its many a cargo and passenger belongings have traveled to all corners of the world. So when the auction house Henry Aldridge & Son announced that a biscuit recovered from a survival kit on one of the lifeboats is going under the hammer, collectors and enthusiasts went in to a frenzy. This is something that happens frequently and predictably with Titanic souvenirs. Couple of years ago the same auction house sold the violin believed to have belonged to ship’s band leader for a cool $1.7 million.

According to released details, the “Pilot” biscuit made by premium baker’s The Spillers and Bakers was recovered by James Fenwick, a traveler onboard the RMS Carpathia, the ship arrived two hours after Titanic sank and rescued 705 passengers. A hard tack biscuit, Aldridge & Son believe this is the only example to survive the disaster. It measures 3.5ins x 4ins. Fenwick preserved the biscuit by putting it in a Kodak photographic envelope and labeled it “Pilot biscuit from Titanic lifeboat April 1912″.

If you are looking to find out which exact lifeboat this biscuit came from – it will sure be a fruitless exercise. According to Auctioneer Andrew Aldridge “We don’t know which lifeboat the biscuit came from but there are no other Titanic lifeboat biscuits in existence to my knowledge”.

James Fenwick was onboard RMS Carpathia along with his wife Mabel. A newly married young couple, also keen photographers were on their way to Europe for a three month honeymoon when the unexpected happen. They have photo-documented the Titanic disaster s well as the rescue of passengers and crew. Henry Aldridge & Son estimate the Pilot biscuit to fetch between £10,000 and £15,000 ($15,000-$23,000). Auction is scheduled for October 24, 2015 in Devizes, Wiltshire.