Sotheby’s has something every diehard Harry Potter fan out there can look forward to – but only one can get his/her hands on it. A rare handwritten copy of “The Tales of Beedle the Bard” will go on sale at the auction house from December 9 to December 13. JK Rowling, the author of the Harry Potter series did everything for the Beedle the Bard by herself including – the creation, handwriting, and illustrations. The book on sale is one copy of just 7 special editions and given as gifts for those closely associated with the Harry Potter books.

This copy was presented to British publisher Barry Cunningham. Harry Potter was rejected by close to a dozen publishers before Cunningham and Bloomsbury Publishers finally accepted and published it. That is why Rowling wrote this little thank you note/dedication in front of the book: “To Barry, the man who thought an overlong novel about a boy wizard in glasses might just sell… THANK YOU”. 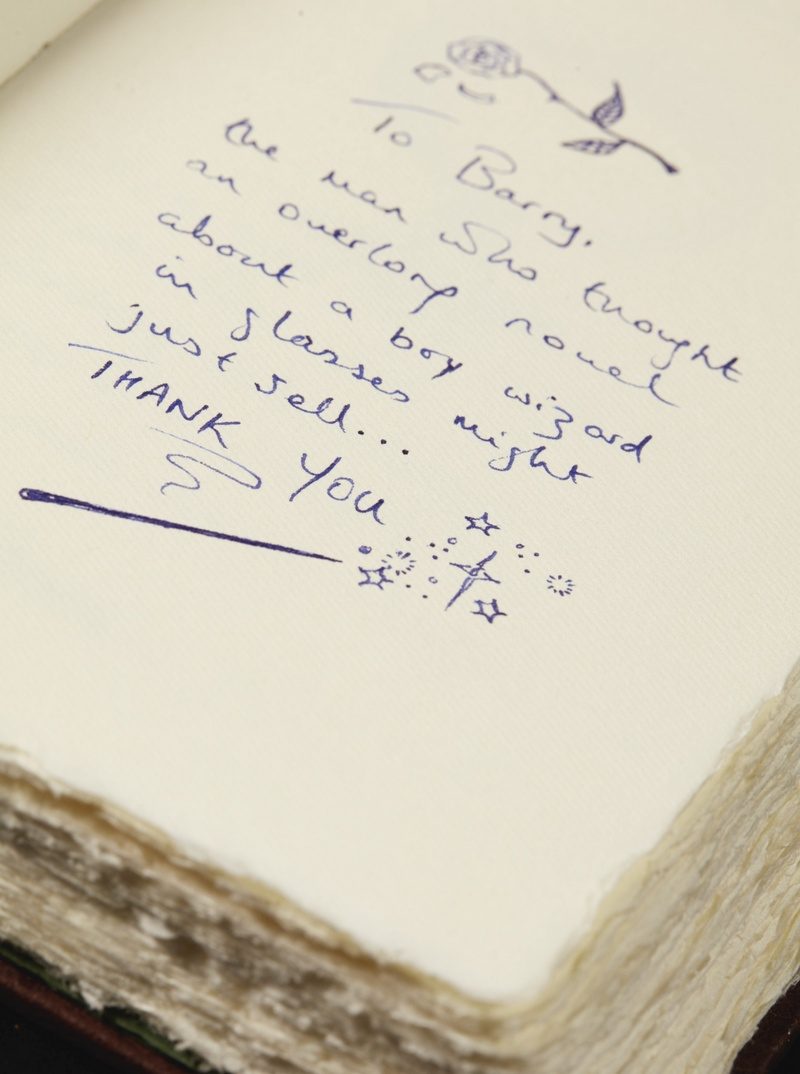 Notes from Sotheby’s: “Cunningham recalls the experience of receiving the copy on 12 December 2007 as ‘unreal’, becoming ‘progressively more exciting’ as he opened a white jiffy envelope to reveal a beautiful, cloth-wrapped manuscript book, adorned with semi-precious stones and a sterling silver mounted skull. The original packaging, in which the copy was delivered, is included as part of the lot.”

The Tales of Beedle the Bard is bound in brown morocco leather and comes decorated with seven mounted rhodochrosite stones and sterling silver ornaments including a skull in the middle. According to Rowling, the semi-precious stones bring “love, balance, and joy in daily life”. 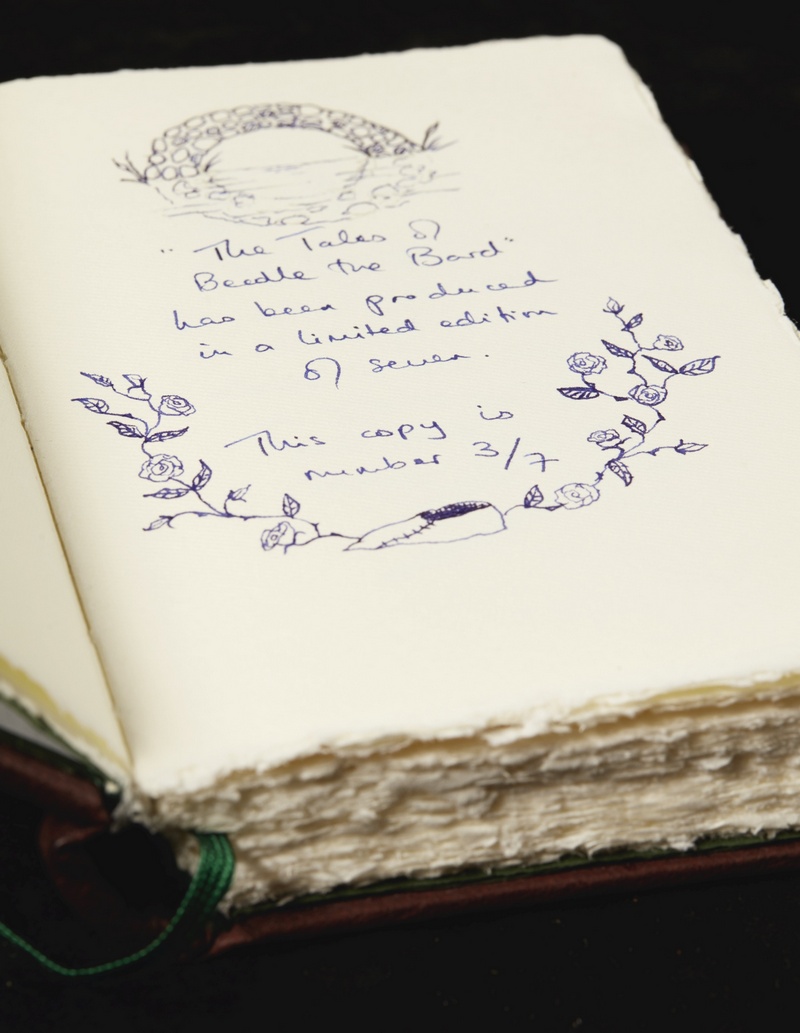 Released back in 2007, the book came with crucial clues to Harry Potter’s final mission to destroy Lord Voldemort’s Horcruxes. The Beedle of the Bard consists of five volumes of wizarding fairy tales left to Hermione Granger by Albus Dumbledore in the seventh and final book, Harry Potter and the Deathly Hallows. In the end, Rowling chose only one tale for the Deathly Hallows – “The Tales of the Three Brothers”.

Sotheby’s expect the book to fetch between £300,000 and £500,000. If previous auction history is any indication it would sell for a lot more than the estimate. Another copy of the same book Sotheby’s auctioned for a record-breaking £1.95 million. Proceeds of which went to Rowling’s charity – Lumos.