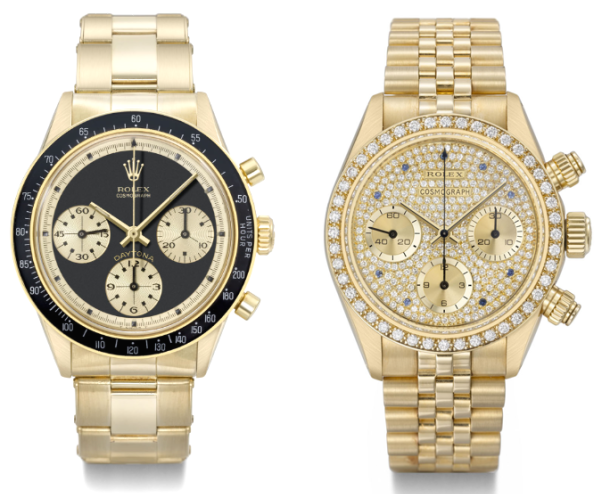 Luxury auction house Christie’s and luxury watchmaker Rolex are celebrating the celebrated luxury watch Rolex Daytona’s 50th year in style, with an exclusive once in a lifetime auction labeled  “Rolex Daytona – Lesson ONE.” Rolex, with a little help from Pucci Papaleo, the leading authority, and historian in all things Rolex Daytona have selected fifty of rarest and unique Rolex Daytona’s available to put under the hammer. There is something for everyone at this auction to bid for, from a watch worn by Sultan Qaboos Bin Said Al Said of Oman, musician Eric Clapton to Apollo 7 astronaut Walt Cunningham. The auction is scheduled to be held on November 10th in Geneva, with estimates ranging from $10,000 to $30,000.

Now, let’s have a look at few of the watches that would go under the hammer.

The “Arabian Night”
This particular watch was custom made for the  Sultan Qaboos Bin Said Al Said of Oman. A stainless steel Daytona chronograph watch with black dial bears the red signature of His Majesty. Manufactured in 1972, has an estimate fit for royalty $300,000 to $500,000.

The “Jack of Diamonds”
The yellow gold chronograph watch is embellished with diamonds on the bezel and the dial. Instead of numerals hours are indicated by blue sapphires. Manufactured in 1988, estimated to sell between $180,000 to $280,000. 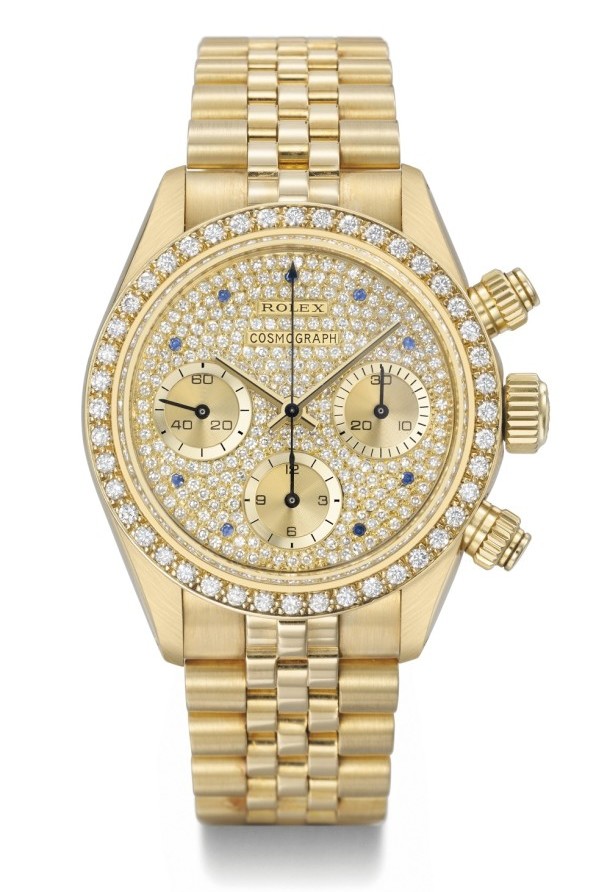 The “Jean-Paul Belmondo”
One of the celebrity-owned Daytona pieces, this chronograph was made in 1971. Stainless steel oyster watch was owned by French actor Jean-Paul Belmondo as the name suggests. Watch itself had a cameo in the 1975 crime film “Peur Sur la Ville” and was featured in the film poster as well. Carries an estimate between $60,000 and $120,000. 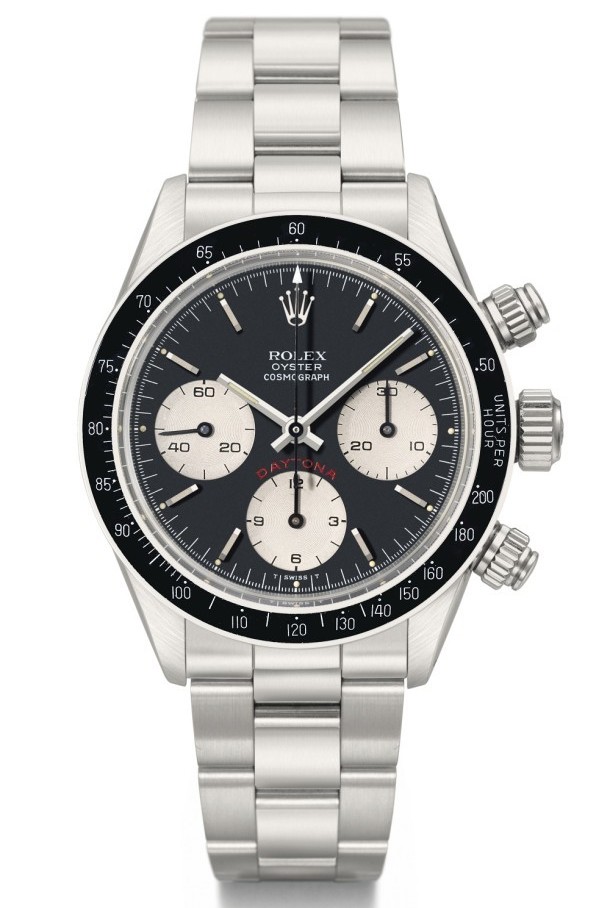 The “White Rainbow”
One of the rarest of Daytonas to find, The “White Rainbow” has a black diamond and sapphire-set dial and white gold bracelet. Multi-colored sapphires set on the bezel gives the colorful name for the chronograph believed to be from around 2012. Estimated to fetch between $50,000 to $80,000. 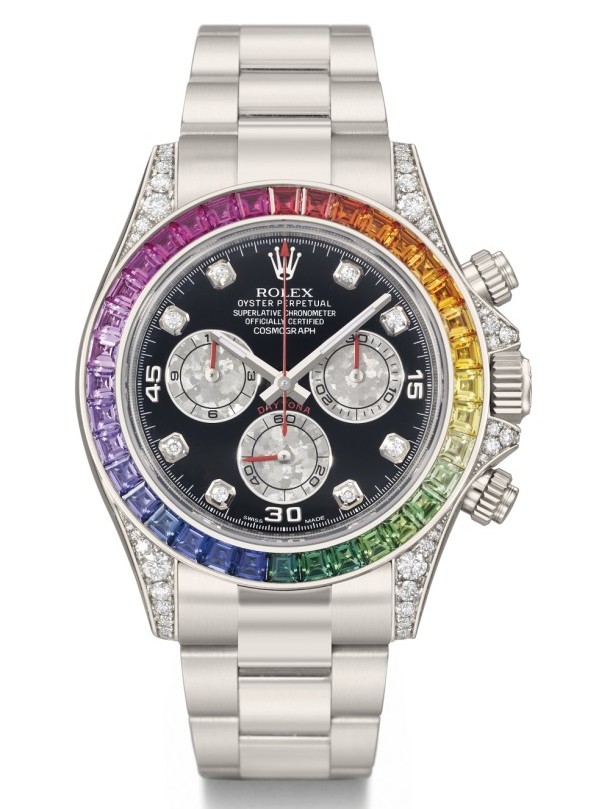 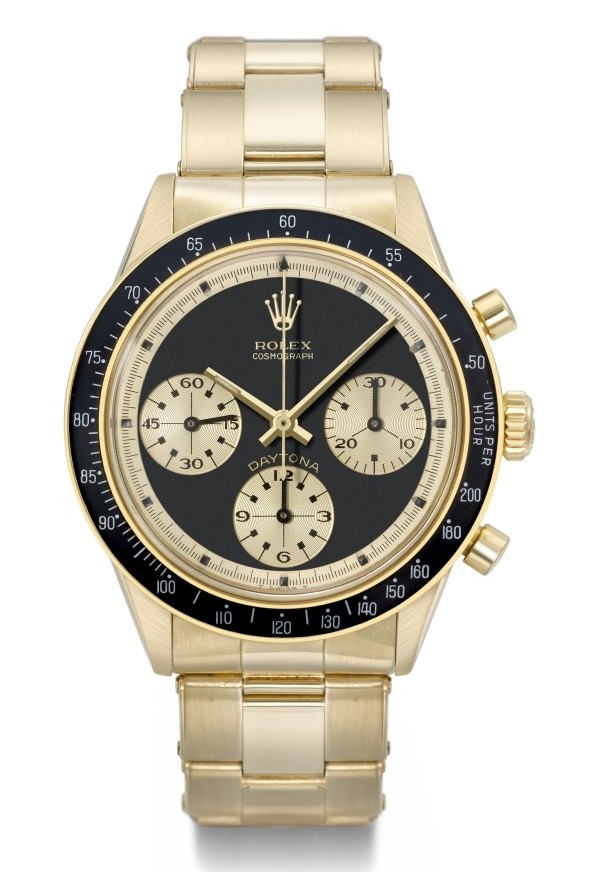