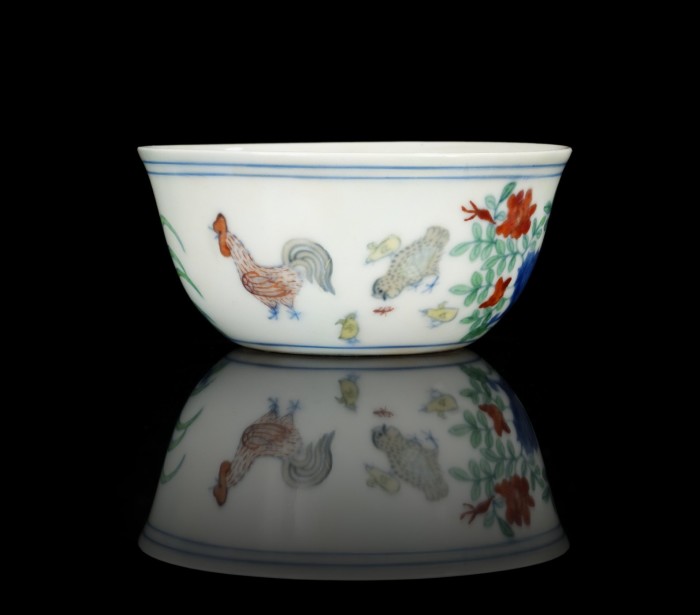 A rare tiny porcelain cup decorated with a rooster, a hen and their chicks was bought by a collector for a record setting $36 million at a Sotheby’s auction in Hong Kong yesterday. It is called “chicken cup” because of the decorations. The cup from Ming Dynasty is hyped as the “holy grail” of the art world in China.

Measuring just 3.1 inches in diameter, it has broken the previous record for Chinese porcelain set in 2010 for a vase that fetched $32.4 million.

The cup is more than 500 years old. It was believed to have been made for the Ming Dynasty’s Chenghua Emperor, who ruled from 1465 to 1487. This is one of the 17 cups still in existence, four of them still belong to private collectors and the rest own by museums. 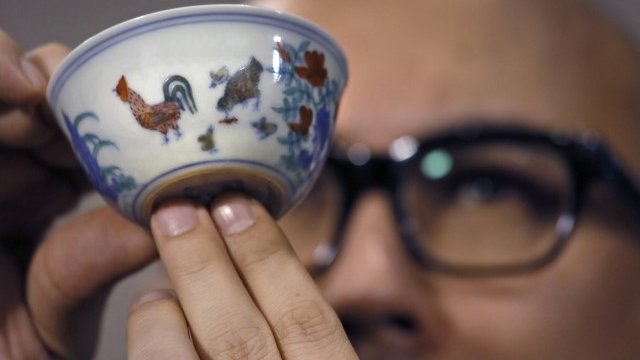 Nicholas Chow, Sotheby’s deputy chairman for Asia said “There’s no more legendary object in the history of Chinese porcelain. This is really the holy grail when it comes to Chinese art.”

The chicken cup was bought by China’s 200th richest person Liu Yiqian, who has an estimated fortune of $900 million. Chow expect the cup to go on display at the Long Museum in Shanghai that Liu and his wife Wang Wei opened in 2012.