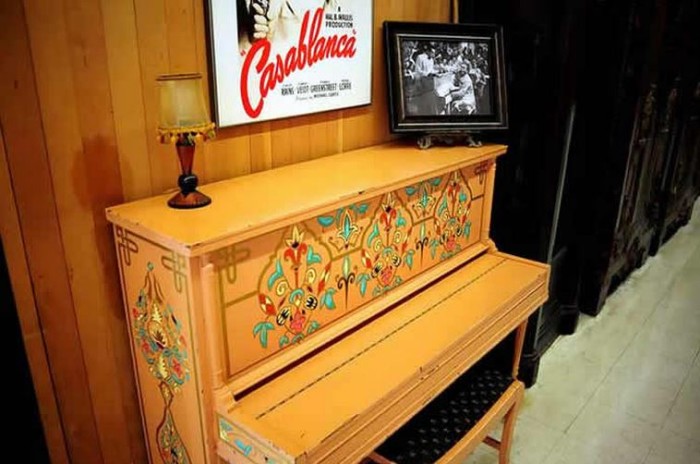 The British auction house Bonhams plans to auction off the iconic piano from the 1942 Hollywood classic “Casablanca”. The piano expected to be the biggest draw at the movie memorabilia auction to be held in New York in November. One of the two piano’s featured in the movie, the 58-key piano is the one singer Dooley Wilson played on while singing the well-known song “As Time Goes By” at the Rick’s Café Americain.

Bonhams expect the piano to fetch around $1 million. In 2012 when it is was last sold in auction, Sotheby’s had an estimate between $800,000 and $1.2 million, but managed to fetch only $602,500. The piano is one of the 30 items on sale from a Casablanca related private collection. Among other items to go on sale from the movie include interior and exterior doors from the Casablanca nightclub, signed photographs of cast members, documents created for the film, and the final draft of the original screenplay.

“Bonhams is thrilled to represent this remarkable Casablanca collection, certainly one of the most significant film memorabilia collections still in private hands,” said Catherine Williamson, director of Entertainment Memorabilia at Bonhams.

The auction set to be held on Novemeber 24th is a collaboration between Bonhams and Turner Classic Movies, will also include costumes worn by Barbra Streisand in the films “On a Clear Day You Can See Forever,” “The Way We Were” and “Yentl.”