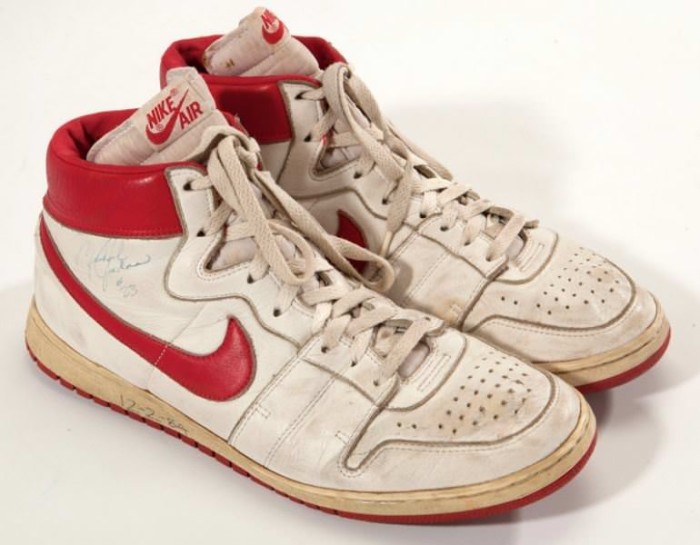 There is never a shortage of demand for sports memorabilia, especially if they have anything to do with basketball great Michael Jordan. Last Saturday a pair of NBA-worn Nike Air Ships of Jordan fetched a whopping $71,553 at SCP Auctions. This, according to records is the second-highest ever paid to a game-worn Jordan shoes. Highest ever paid tag belongs to the pair he wore during the famous “Flu Game” in the 1997 NBA Finals – it fetched $104,700 in 2013.

Thirty years ago in December 1984, Jordan arrived in Los Angeles with Chicago Bulls to play LA Lakers at the Great Western Forum. On December 2 he wore this red and white pair named Air Ships (not Air Jordans). Khalid Ali, who was a ball boy for Lakers at the time, asked Jordan for the pair of red, black and white Air Jordans on his feet during the warm-ups. Instead of Air Jordans, he wore Air Ships during the game, after the game he autographed and gave the pair to Ali. As told by Ali to ESPN, he forgot all about the Air Ships and left them in his mother’s closet – $70k is not a bad deal in the end for a pair forgotten in the closet.