It was at 16 that Louis Vuitton first moved to Paris to become an apprentice trunk maker. At that time and at that age; little would he have imagined that it was exactly the trunks that he had come to Paris to learn how to design that would become the future foundation of his self-titled company. 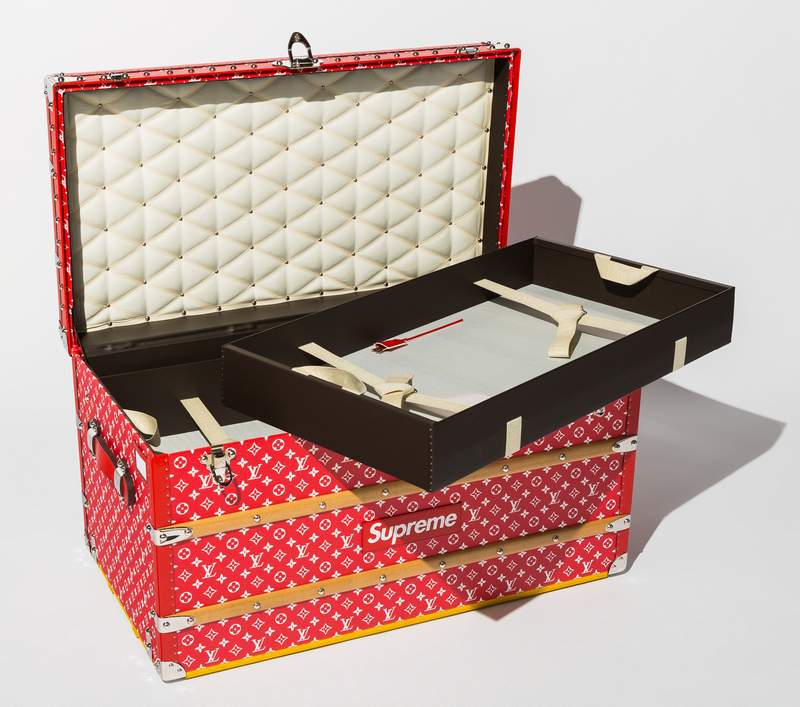 This trunk comes with Supreme’s signature red and white logo, as well as Louis Vuitton’s iconic monogram. The exterior of the trunk is made from Gaboon wood, its interior features a quilted cotton lining, with multiple linen canvas trays. The trunk’s finishing consists of natural cowhide handles, lozine leather trimmings, and a golden brass lock.

What brings the Louis Vuitton x Supreme to the spotlight during the month of June 2018 is the fact that the renowned American auction house, Heritage Auctions, has the Louis Vuitton x Supreme Malle Courrier Trunk up for bids, with the pre-auction bidding already at $62,500. As part of Heritage Auctions’ Urban Art Auction List for June 2018, the Supreme x LV trunk is easily one of the most popular pieces on the auctioneer’s catalog at the moment. The Supreme x LV has already had 10,000 page views confirming the numerous predictions that the trunk will definitely be one of the centerpieces of the June auction, garnering for itself a hefty price tag as well. 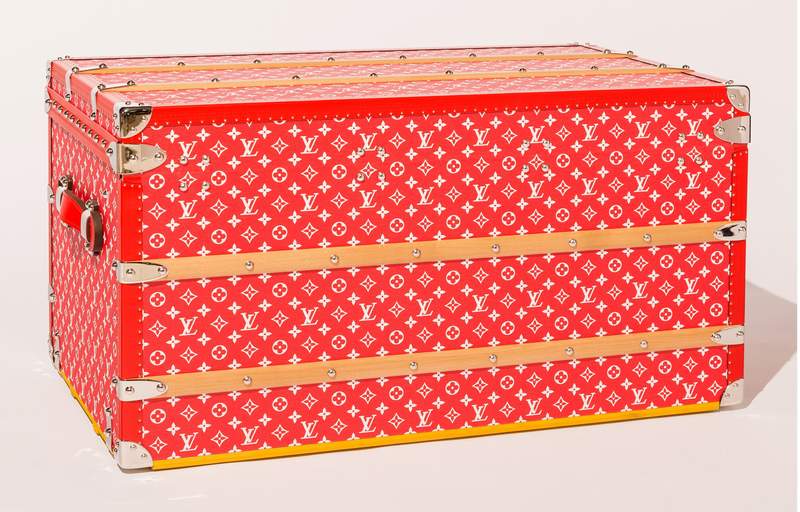 The first-ever Supreme auction was held previously by the French auction house Artcurial. The auction ended in an impressive $1 million, with the highest item on sale categorized as a 2017 Supreme x Louis Vuitton trunk that garnered a staggering price tag of $104,312.

At this June 2018 auction, Heritage Auctions estimates the final bid for the Louis Vuitton x Supreme Malle Courrier Trunk to reach between $100,000 to $150,000. You yourself can place a bid for this luxury trunk by logging on to the Heritage Auctions’ website now. The auction concludes on 7 of June 2018.