A couple of private jets owned by the King of Rock & Roll Elvis Presley are up for grabs from Julien’s Auction. The sealed bid auction for the Lisa Marie and Hound Dog II started yesterday Jan 2 will continue till Feb 2, 2015. The first jet Lisa Marie, a Convair 880 was bought in 1975 from Delta Airlines for $250,000. The second aircraft Hound Dog II was purchased for $900,000 while the Lisa Marie was being refitted. 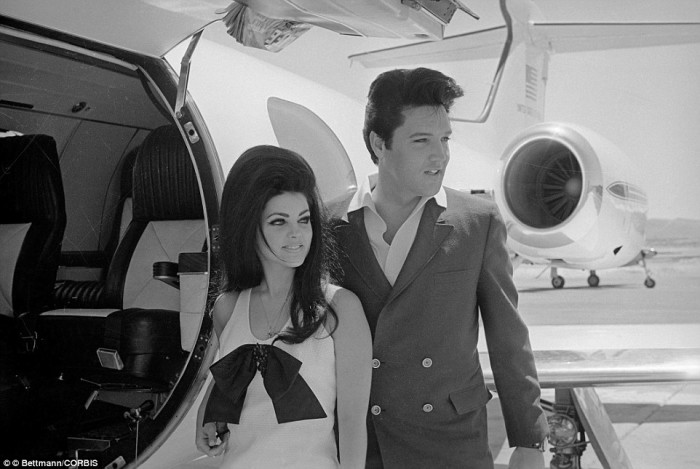 The jet named after his daughter, Lisa Marie received improvements such as a bathroom with gold taps, a conference room, a bedroom and a stereo system with 50 speakers. New features cost Presley a further $300,000. On the outside at the back of the red, blue and white plane, Elvis had his motto TCB (Taking Care of Business) painted. Elvis’ former wife Pricilla Presley and actor George Hamilton has taken the last flight on Lisa Marie, to his funeral.

Both jets since being sold in 1978 by Elvis’ father Vernon had three owners including the consortium that now displays them at Graceland in Memphis. Planes are not airworthy, however, new owners will have the option to buy land next to Graceland to display them, which is independent of the Presley Museum. Sold as one lot, Julien’s Auction expects Lisa Marie and Hound Dog II to fetch between $ 10 and $15 million.