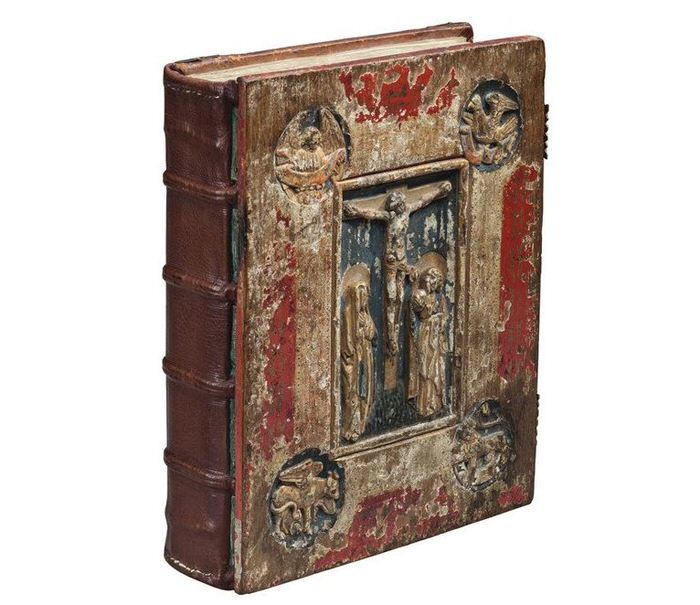 If you want to see a collection of medieval biblical manuscripts, head over to New York any day between April 9 and May 2. On display will be the Idda Collection of Romanesque biblical manuscripts, a total of 16 with the latest dating back to the early 13th century. The collection is named for Saint Idda, Switzerland’s only female saint. The most important manuscript of the collection is the Liesborn Gospel Book, estimated to be finished in the final years of first millennium AD – about 980 to 1000.

The Liesborn Gospel Book is estimated to fetch around $6.5 million. The rare manuscript carry a high value for several reasons, having a known scribe is the first. A deacon named Gerwardus from Essen in northwestern Germany was the assumed creator of the Liesborn Gospel Book. Historians think Gerwardus was a deacon because of the fact that he used a code to sign the book, a very rare occurrence. Currently this is the only gospel book from the Ottonian period (919–1024) that remains in private hands.  It has an oak board cover decorated with a carving of the Crucifixion in relief. 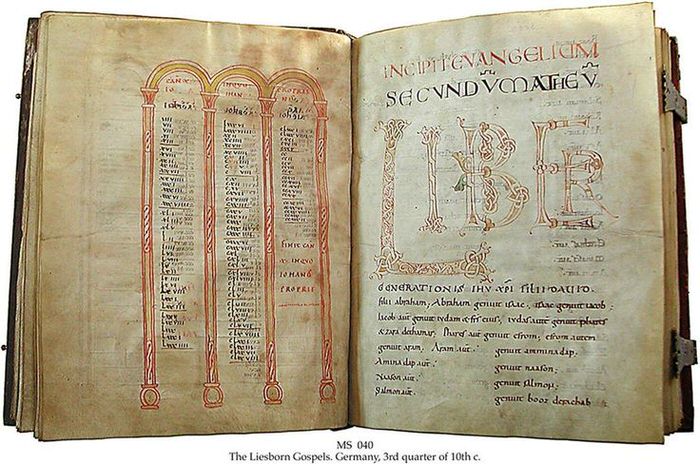 Painstakingly lettered and illuminated by hand, the entire Idda collection of manuscripts is a testament to the talents of those who took pains to record not only their religious believes, but happenings of the time. They created all this with their hands without the benefits of new technologies and inventions. 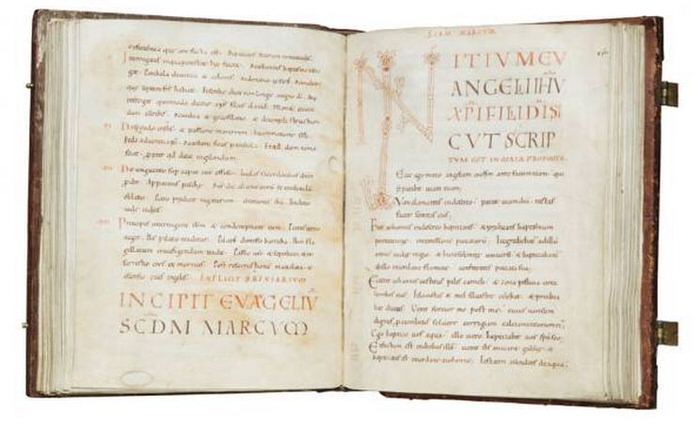