Olympic gold medals won by Jesse Owens in 1936 is up for auction. Owens won four gold medals at that year’s games, but this is the only known piece available, and that makes this medal even more attractive to collectors and sports historians. Jesse Owens, a 23-year-old African-American at the time, won his medals in the 100-meter and 200-meter dashes, the long jump and as a member of the 4×100 meter relay team, with Hitler looking on as the host of the games.

This medal belongs to the estate of Elaine Plaines-Robinson, the wife of Owens’ friend Bill “Bojangles” Robinson. Owens gave one of his medals as a gift to Robinson. After Robinson’s death in 1949, his wife inherited his estate.

SCP Auctions, in charge of the auction, expect the medal to fetch more than $1 million. SCP Auctions President Bill Kohler said there are no records as to which particular event Owens won this medal. Though there are records available about the authenticity of the medal itself. James Greenfield, an expert in Olympic medals has certified it as a genuine article.

“If you could dream up items that you’d want to find and sell, this would be on the bucket list,” Kohler said. 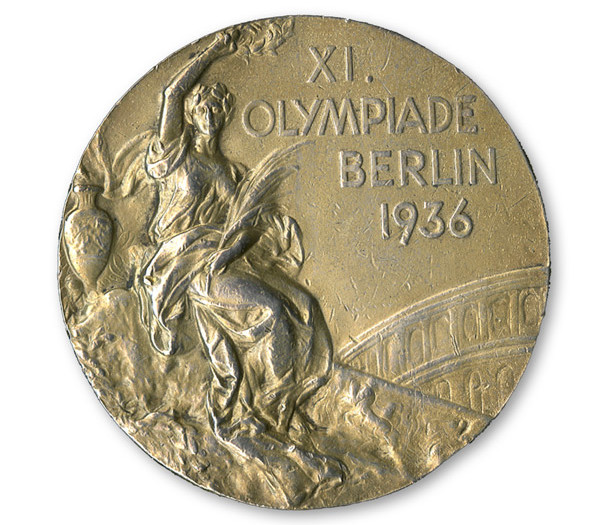 The highest price ever paid for a piece of Olympic memorabilia was the $865,000 for a silver cup won by the winner of the first modern-day Olympic marathon in 1896 games, in April this year. For US Olympic memorabilia highest price paid include a $310,700 for a 1980 “Miracle on Ice” gold medal won by ice hockey team member Mike Wells in 2010, and the $675,250 for the jersey of ice hockey team captain Mike Eruzine of the same 1980 games this February.

Worth noting that Jesse Owens’ biggest snub came not from Hitler but from his own president. President Franklin D. Roosevelt never acknowledged his achievements or invited him to the White House, heck Roosevelt never even bothered to send a letter of congratulations to Owens.

The online auction begins on November 20 and closes on December 7.