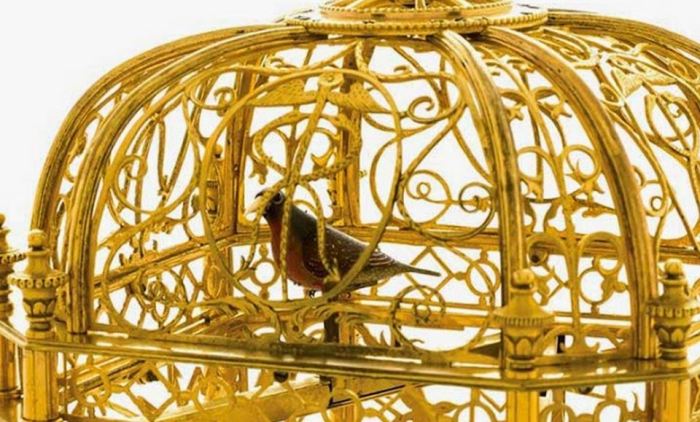 During the “Important Modern & Vintage Timepieces” auction held last weekend by Antiquorum Auctioneers, an exceptional clock fetched a sum of CHF 291,750 (about $305,000.) The Bird Cage Clock, made by Jaquet Droz way back in 1785 features an Automaton Jumping Bird & Automaton Waterfall. Attributed to Jaquet-Droz et Leschot Geneva, it was snagged by a Russian collector.

Auction house had a pre-auction estimate between CHF 200,000 and 400,000, even though it failed to attract the higher estimate, nevertheless ended up being the top selling lot at the auction. Other top billings of the 1,000 lot auction included two Patek Philippes Ref 2499 and 5004 and a Blancpain Ref 1735 Grand Complication.

The diminutive Bird Cage Clock measures W 11.4 cm x H 11.4 cm x L 22.3 cm. Its metal work was done by Frères Billon while it has a movement created by Henri Maillardet. The beautifully constructed little bird inside the gilded brass-cage is a painted bird with black glass eyes. It also has an automated bone beak, wings and a tail. The automaton waterfall is easily activated at will and by the clock every three hours. The bird also come with a “jumping” functionality, which was achieved when the bird flip between the two perches moving at high speed, not noticeable to the naked eye.

The octagonal cage is decorated with engravings that include pierced and engraved husk scrolls on corners and in interiors water plants and large fish. The clock itself is located at the bottom and feature a white enamel dial with Arabic numerals, an outer minute track and Blued steel Breguet hands.

The “Important Modern & Vintage Timepieces” auction brought in a total of CHF 12.90 million during the two day auction held at the Mandarin Oriental Hotel in Geneva. Collectors from all over the world participated including from China, Hong Kong, Italy, Russia, Switzerland and the United States. 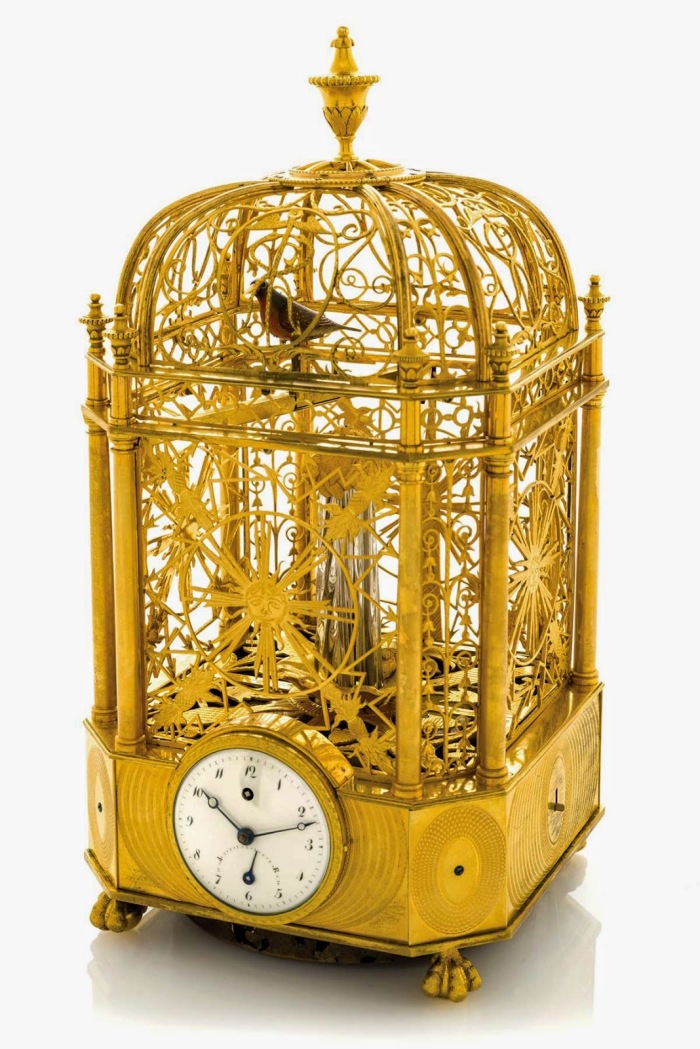