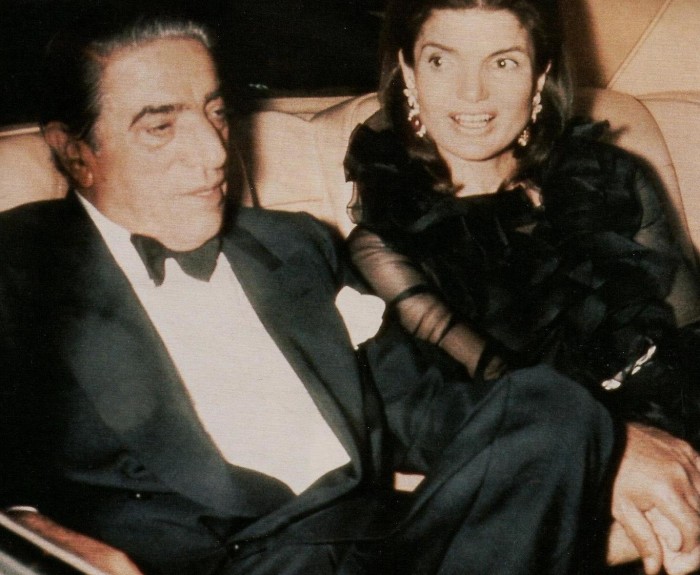 Without a doubt Jacqueline Kennedy Onassis has been America’s most iconic first lady of all time. She had style, elegance and grace in abundance to match her self-confidence. No other first lady even come close to matching her fashion sense and she is responsible for creating trends such as wearing a turtleneck without tucking it in and pillbox hats. Auction house Christie’s is offering one of her wedding jewelry pieces, a pair of ruby and diamond ear pendants and matching ring at the Geneva Magnificent Jewels auction to be held on May 13 in Geneva.

Designed and crafted by Van Cleef & Arpels, it was given to her by Aristotle Onassis in 1968 as a wedding gift. It is estimated to bring in between $250,000-$350,000. The above image shows her wearing them. The wedding took place five years after the assassination of President John F Kennedy. 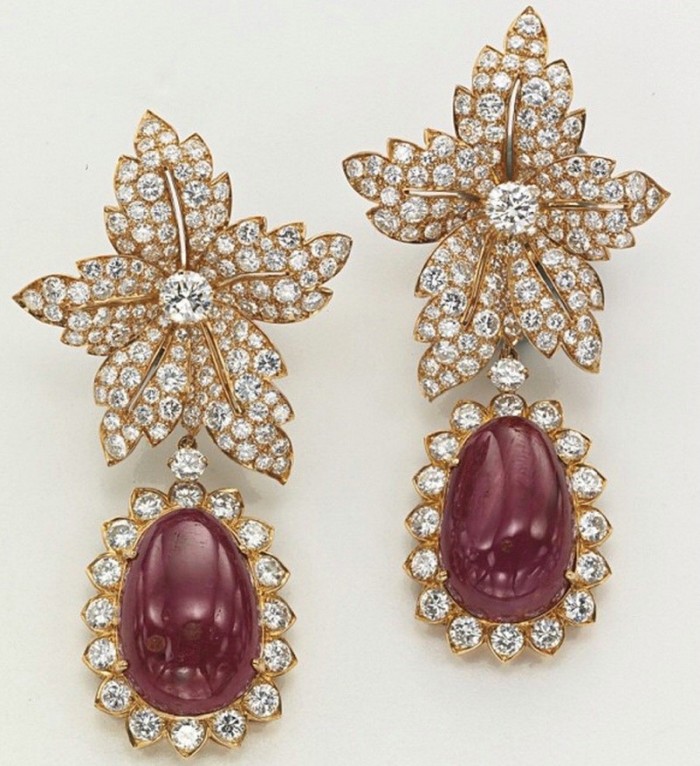 Other jewelry pieces, also of historical importance are scheduled to go on sale. They include the Maria Christina Royal Devant-de-Corsage brooch, another wedding gift, this time presented by King Alfonso XII of Spain to his wife, the Archduchess Maria Christina of Austria in November 1879. The piece now owned by Baroness Thyssen-Bornemizsa expected to fetch between $1.5 million and $2 million. 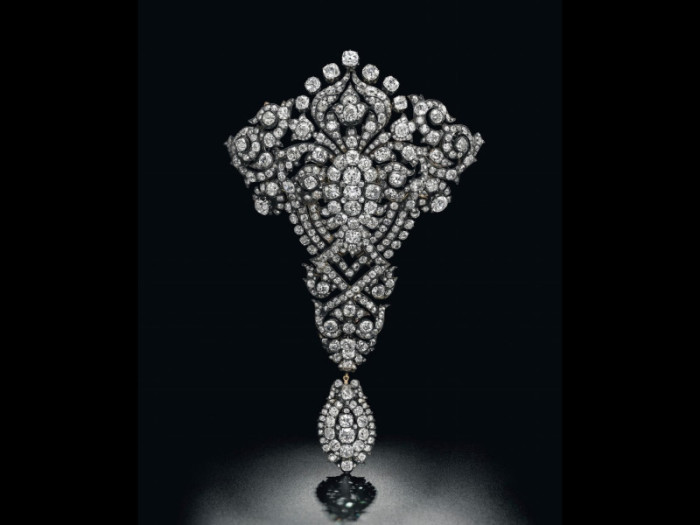 Over 351 spectacular jewels will go on sale including diamonds. A pear-shaped D-color Flawless diamond of 55.52 karats appraised to fetch between $8.5 million and $10.5 million. Another, a rectangular-cut Fancy Vivid Pink diamond of 5.18 karats is expected bring in between $9.5 million and $12.5 million. An Ashoka-cut D-color Flawless diamond ring of 21.75 karats is estimated to sell between $2.8 and $3.5.