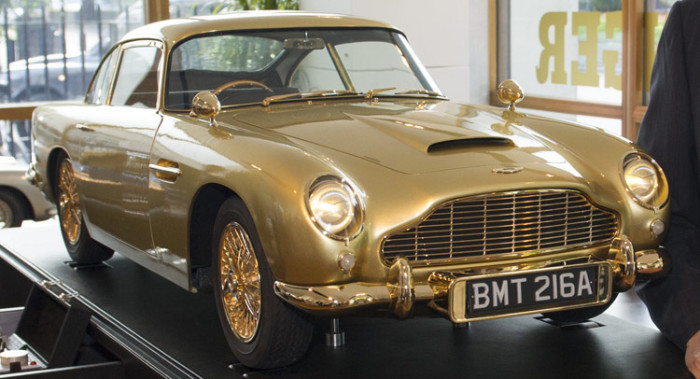 Gold plated luxury vehicles in London are nothing new, remember this Ferrari. But a one-off gold-plated third scale replica of an Aston Martin DB5 from Bond movies is something very special – you just can’t drive it in London streets. To celebrate the 50th anniversary of the third Bond movie, Goldfinger, Bond creators have commissioned Propshop to create the replica using 3D printing technology. Bidding for the special Aston Martin replica is now open at the christies.com/goldfinger. Bidding closing date is set for September 17, the day of the the 50th anniversary of the world premiere of Goldfinger. All proceeds from the online auction will go to benefit the NSPCC (National Society for the Prevention of Cruelty to Children). It is expected to fetch between £40,000-60,000 ($66,000-100,000).

The model is based on a more recent model of Aston Martin used for special effects in Skyfall in 2012. It features 3D scanned parts from the original full-size DB5 and working gadgets from the Goldfinger (1964). Some of the cool features include radio controlled Browning machine guns, operational bullet proof shield, revolving number plates, gear stick with ejector seat button detail and removable ejector seat roof panel. Its removable roof panel has been signed by legendary James Bond Production Designer Ken Adam, responsible for designing the Q branch modifications to the car for Sean Connery as agent 007 in 1964’s Goldfinger.

It comes with a “Q case” designed by luxury luggage maker Globe-Trotter. Items hidden inside the case include a remote control, a gold commemorative key and a functioning key with which to operate the model. Also inside are a Propshop documentary, one-third scale model brochure, a Goldfinger DVD and a certificate of authenticity signed by Aston Martin, EON Productions and Propshop. 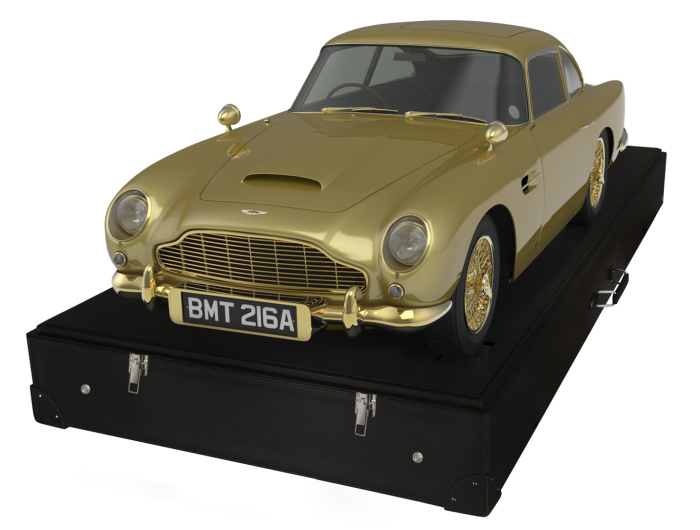 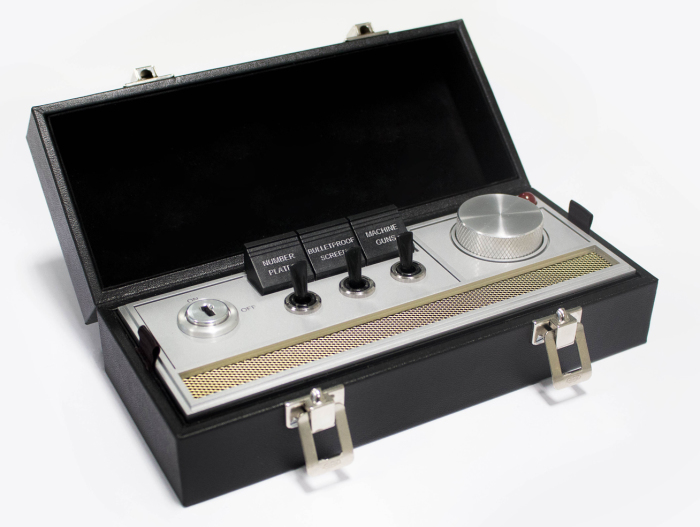 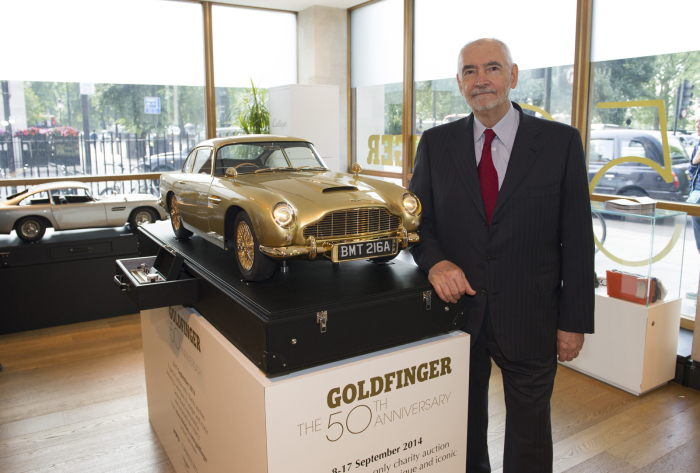 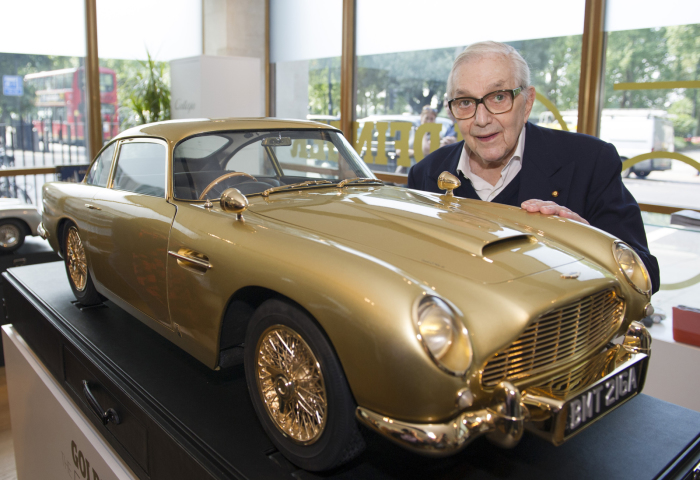 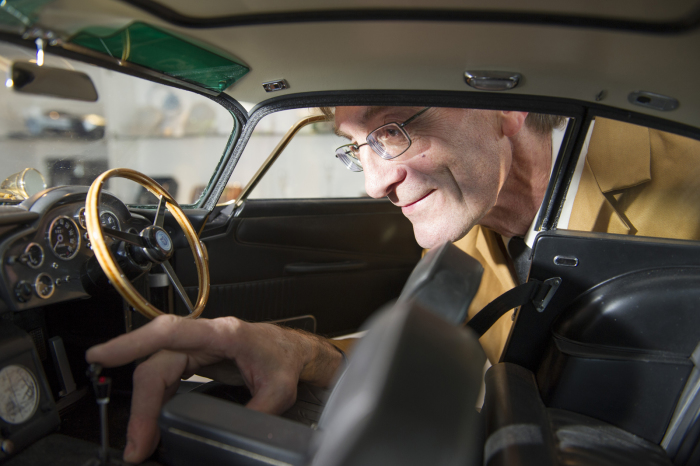