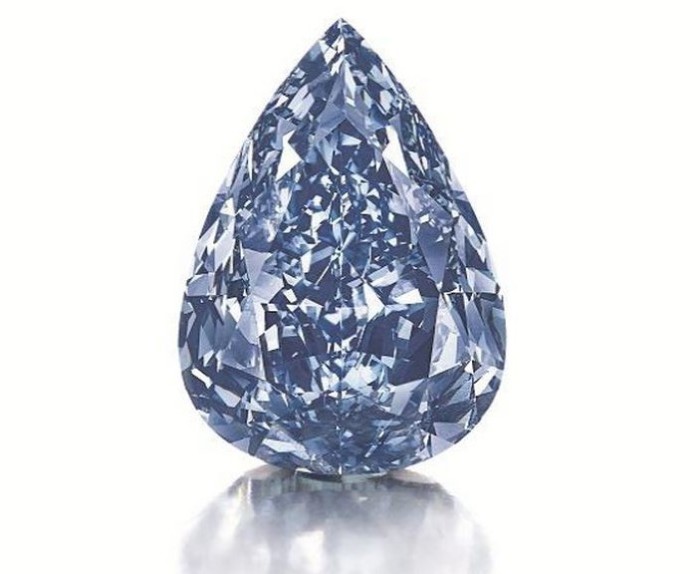 The vivid blue diamond I wrote about few weeks ago has gone under hammer on Wednesday at Christie’s Geneva Magnificent Jewels sale. And, as expected it fetched a king’s ransom when the hammer finally fell – $23.8 million to be exact. Swatch Group, which bought Harry Winston in January last year, shelled out the final price. As it stands, Harry Winston paid $1,800 per karat for the 13.22 karat diamond, a world record price for a vivid blue diamond.

“In January 2013 we purchased Harry Winston and since then my ambition has been to acquire the most desirable and unique gems. When Christie’s announced they were offering the largest flawless fancy-vivid blue the GIA had ever graded, I had to buy it. Today, I am proud to own the most beautiful blue diamond in the world: The Winston Blue”, said Nayla Hayek.

The auction in total collected $154.1 million, with 85 percent of lots and 94 percent by value realized during the two day auction. In pre-estimates Christie’s expected the auction to achieve a total of around $80 million, they certainly have collected double that amount in the end with Winston Blue as the star. This also beat the $137.2 million they achieved at last December’s Elizabeth Taylor Jewelry Auction in New York.