If you had $150,000 to spare would you buy a sports car or would you buy a book by Ferrari? The Official Ferrari Opus is valued at $150,000 – yes you read that right. Kraken Opus, a luxury publisher based in the UK, specializes in memorabilia like the Ferrari Opus and they hold their tagline true to every word – greatness published greatly! 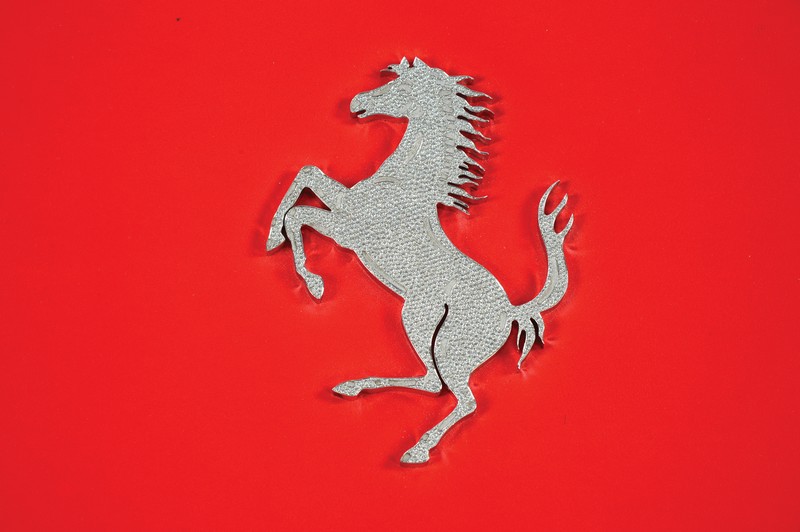 Kraken Opus is known for its extravagantly furnished books and the Ferrari Opus comes with a diamond-encrusted Prancing Horse emblem on its cover that is bound in the trademark Ferrari red leather. This exclusive Ferrari book is then placed in a carbon-fiber clamshell case, and hand-signed by the Scuderia’s drivers and the company’s chairman at the time: Fernando Alonso, Felipe Massa, and Luca di Montezemolo.

The Ferrari Opus is crafted with special, massive paper and the 852-page monograph weighs almost 82 lbs especially with the 30 diamonds used to make the iconic Prancing Horse logo. The book has more than 2,000 exclusive photos of all cars that have come off Ferrari’s factory tape – whether it’s a “civilian” or racing model, as well as all drivers who competed in Ferrari’s car races since 1947. And since it is dubbed as one of the most exclusive books in the world, it comes with a pair of white gloves to be used when flipping the pages.

The Ferrari Opus is printed in several versions, and the one to be found at the sale auction is one of the rarest and most expensive – only 400 copies were made. In fact, the Diamante edition was limited to just one per country. RM Sotheby’s expects this rare copy “The Official Ferrari Opus” from 2011 will be sold for $150,000 at the auction in New York in December and the value could be as high as $175,000. This rare Ferrari collectible book is for those car enthusiasts who need a Ferrari on their coffee table too, not just their garage – you can never have enough of it.