Who needs a retirement plan when you can find a rare Fabergé figurine hiding in your attic in excellent condition? Retired couple George and Betty Davis in upstate New York town, Rhinebeck, found just that in their attic. Figurine fetched $5.2 million at Stair Galleries auction two Saturday’s ago. 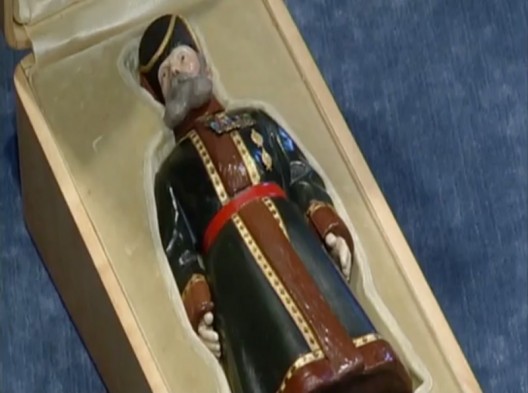 This is one of only 50 known Farbergé figurines in existence. Prior to this auction, the last of such hardstone figurines sold for $1.8 million in 2005, at Sotheby’s, New York. According to auctioneer Colin Stair, the figurine is adorned with little sapphires in the eyes, gold trim, gold braid and enameled double-headed imperial eagles.

After the fall of Romanovs, industrialist Armand Hammer originally bought it from the Soviets. Then from Hammer Galleries in New York City, George Davis bought it for $2,250 in 1934. Since then it remained in the Davis family and out of public sight, until auction at Stair Galleries. Originally appraised to be $800,000 in value, sold for $5.2 million after a 15-minute auction. Total purchase price including commission will be $6 million. 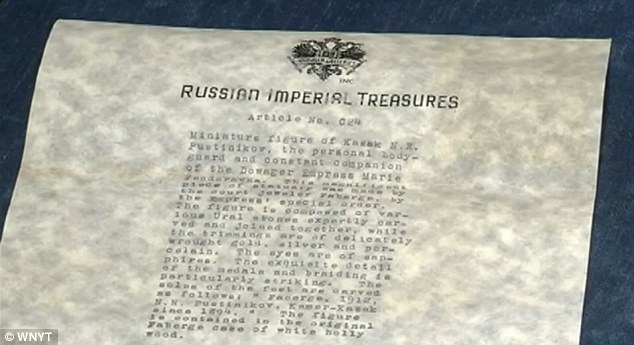 The new owner is London-based jeweler, Wartski. ‘The purchase of the figure is a continuation of our long-running tradition of acquiring Imperial Russian Works of Art,’ Wartski said in a statement to upstate New York newspaper the Register Star. 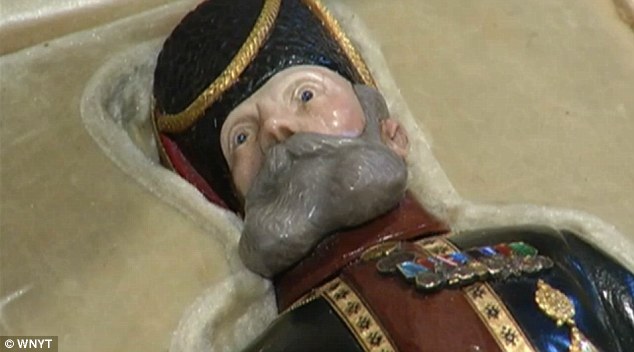