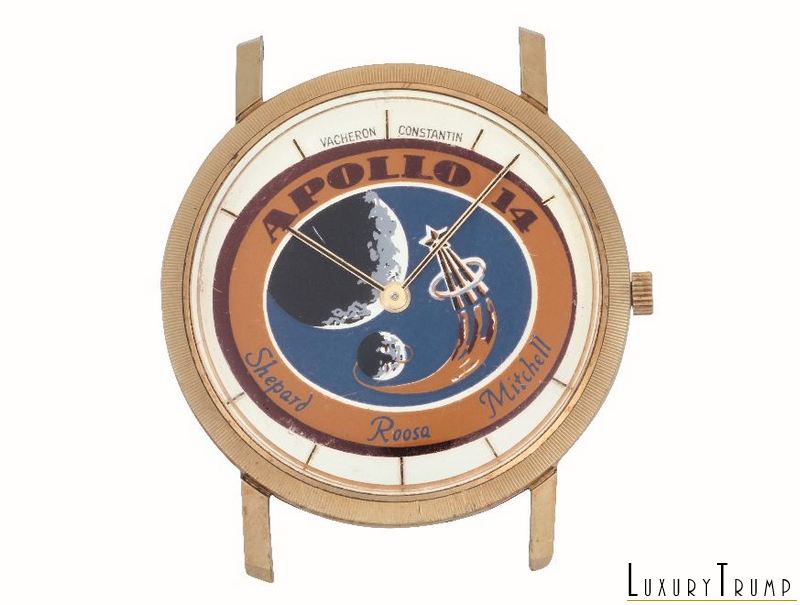 Apollo 14 was the third mission to land on the Moon and the eighth manned mission in the Apollo program of the United States. The mission launched January 31, 1971. Alan Shepard and Edgar Mitchell landed on the Moon on February 5th while Stuart Roosa remained in the Command Module in lunar orbit. Alan Shepard and Edgar Mitchell spend over 33 hours on the Moon with over 9 hours of total time of “extravehicular activity” (EVA) outside of the lunar module, colloquially known as “moon walks”. 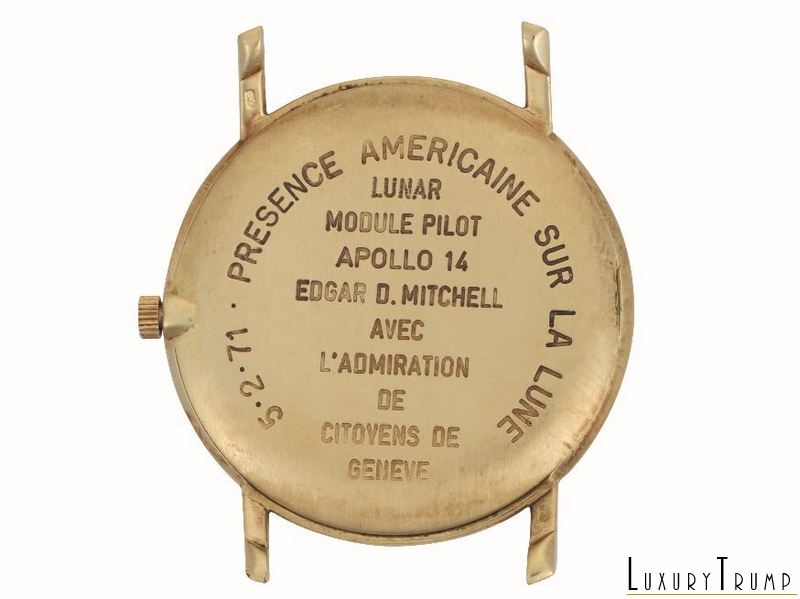 After their return from space on February 9, 1971, Edgar Mitchell was presented with the Vacheron Constantin Ref. 6351 timepiece, ‘In the name of some Geneva citizens’, according to the engraved inscription on the case back.

This one of only three examples ever produced, highlights the Apollo 14 insignia on its dial. Featuring the last names of the crew and a representation of a gold star approaching the Moon from Earth. This star symbol, similar to a comet, lives on today as the symbol of the United States National Aeronautics and Space Administration (NASA) astronaut corps. 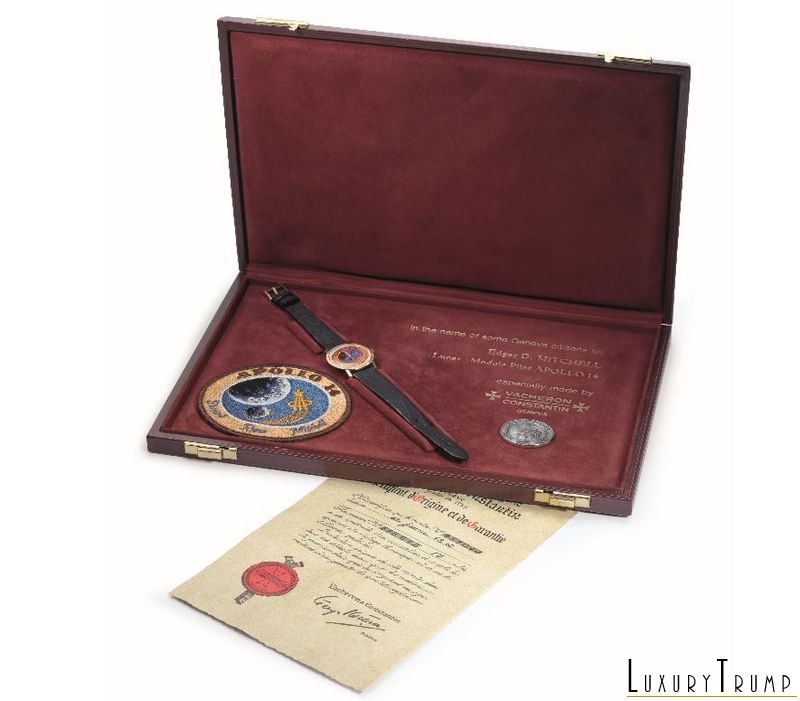 This timepiece is a symbol of Edgard Mitchells’ heroism and talent, destined to impact the course of human history. “That spaceflight was the culmination of my being”, Edgar Mitchell, 1997.