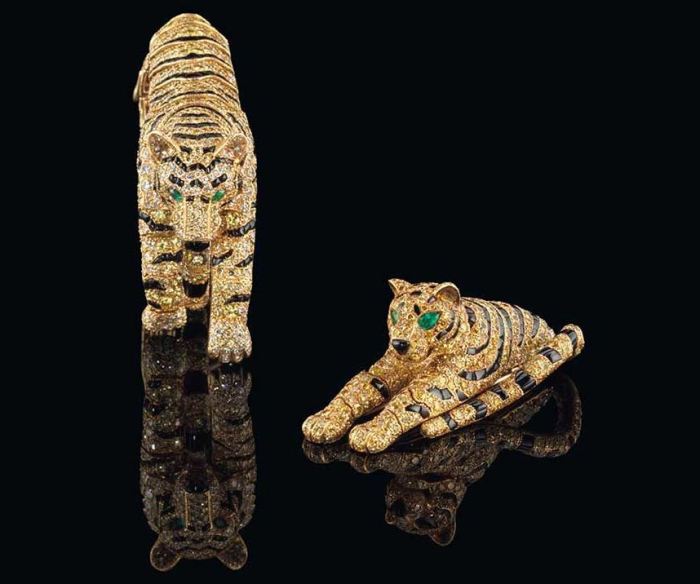 The top billing of Christie’s upcoming Magnificent Jewels auction in Geneva on November 11 belongs to two pieces of tiger jewels by Cartier. These are no ordinary jewels, once owned by Wallis Simpson, the Duchess of Windsor and then by singer Sarah Britghman, the two piece collection comprise of an onyx and diamond clip brooch and bracelet, with emerald eyes. Exquisitely crafted, these two pieces are part of the Cartier Tiger Collection that first appeared in 1928, and has been a highlight of 20th century design for the French jeweler.

As the story goes of these rare pieces, the Duke and Duchess of Windsor bought these between 1956 and 1959. The Duke of Windsor was King Edward VIII briefly, before he abdicated and married American divorcee Wallis Simpson in 1936. While living in exile in France they created an extraordinary collection of avant-garde jewels that comprised of styles from the 1940’s and 1950’s. These two are part of the seven Great Cat pieces owned by the Duchess. 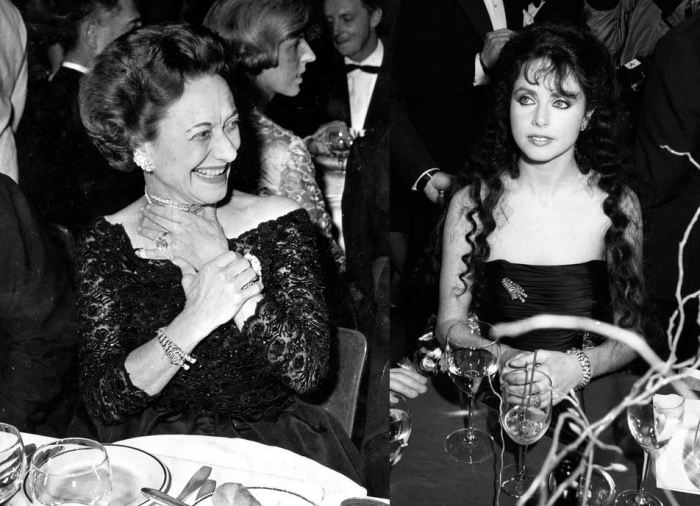 After Simpson’s death in 1986, the entire jewelry collection was auctioned off in 1987 to benefit charities in France. These two extraordinary tiger pieces were bought by British composer Andrew Lloyd Webber for his then wife, Sarah Brightman. Lloyd Webber gave them as a present to her to celebrate the enormous success of “The Phantom of the Opera” in the West End and Broadway, which he wrote and she played the lead role Christine Daaé. Almost thirty years later, Brightman has decided to allow someone else to appreciate the jewels the same way she did.

Sold as one lot Christie’s expect them to fetch between $1.8 million and $2.5 million, given their historical significance. A portion of the proceeds will go to The Andrew Lloyd Webber Foundation that supports arts and music in schools, and to The Architectural Heritage Fund which awards 30 performing arts scholarships annually.