The Star Wars fans have another collectible to add to their collection this time, no it is not a lightsaber but something even more powerful (for the fashionable Jedi of course) – the latest Christian Louboutin x Star Wars shoe line. The world-renowned French fashion designer collaborated with Disney to give the fans the perfect shoes to wear to the screening of The Last Jedi.

This collection marks Christian Louboutin’s third time partnering with Disney to create something exclusively for the fans of fashion and film. Each individual pair is inspired by the women characters of the Star Wars universe and they are functional enough to fight in but also without compromising on the glamour quotient deserved by a ‘shero’. 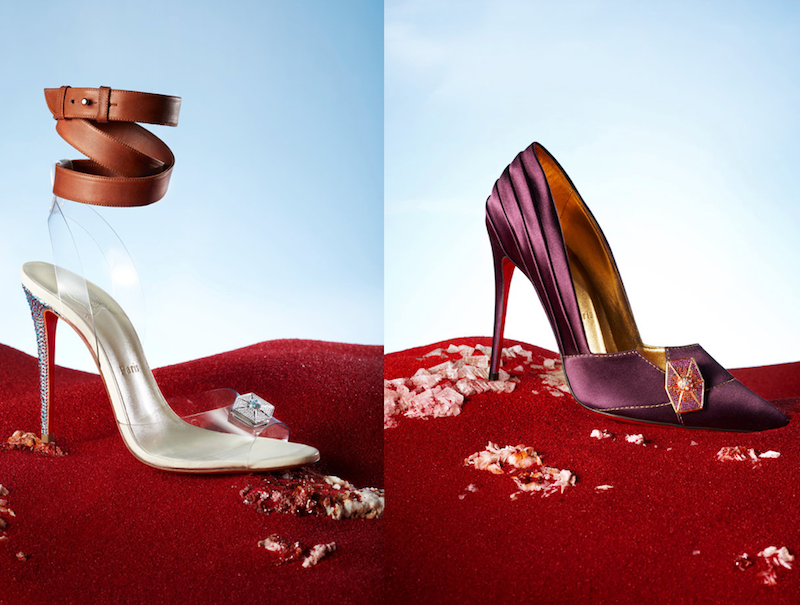 Christian Louboutin has captured the characters perfectly into four dazzling heels. The Rey shoe has the details of the character’s costume, including her harness and the color of her lightsaber. The satin pump is inspired by Vice Admiral Amilyn Holdo and can be worn into battle or the red carpet is made in a deep purple hue, representing her draped burgundy cape. Captain Phasma’s shoe is silver wonder like her armor and gives us a glimpse into the future of the modern heels. Rose Tico’s shoe encompasses the character’s the resilient spirit tied up with a giant satin bow. 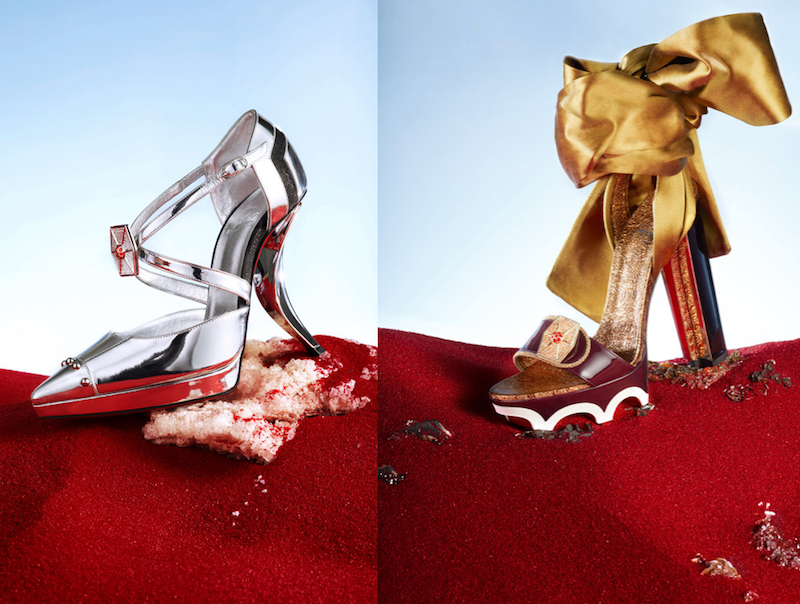 The heels are all given their final touch with a bespoke jewel embellishment inspired by the TIE Fighter. Each of the Christian Louboutin shoes will be signed by the actresses representing the characters that inspired them and will be auctioned off on charitybuzz.com/StarWars with a portion of the proceeds going to the Starlight Children’s Foundation.

“At first sight, the ‘Star Wars’ universe and mine seemed far away from one another but when I saw the pictures of the red planet Crait, I instantly understood where it connected and why they had thought of me. Strong ideas and images spontaneously came to my mind,” said Louboutin. A “showpiece shoe” inspired by Star Wars will be on display in a holographic installation at the Los Angeles premiere of The Last Jedi. Know a Star Wars fan in your family who might have these on their Christmas wish list?