Believed to be written in 1974, the manuscript contains lyrics composed in blue ink. It contains notes and revisions in the margins. Sotheby’s says it was written in Long Branch, NJ. 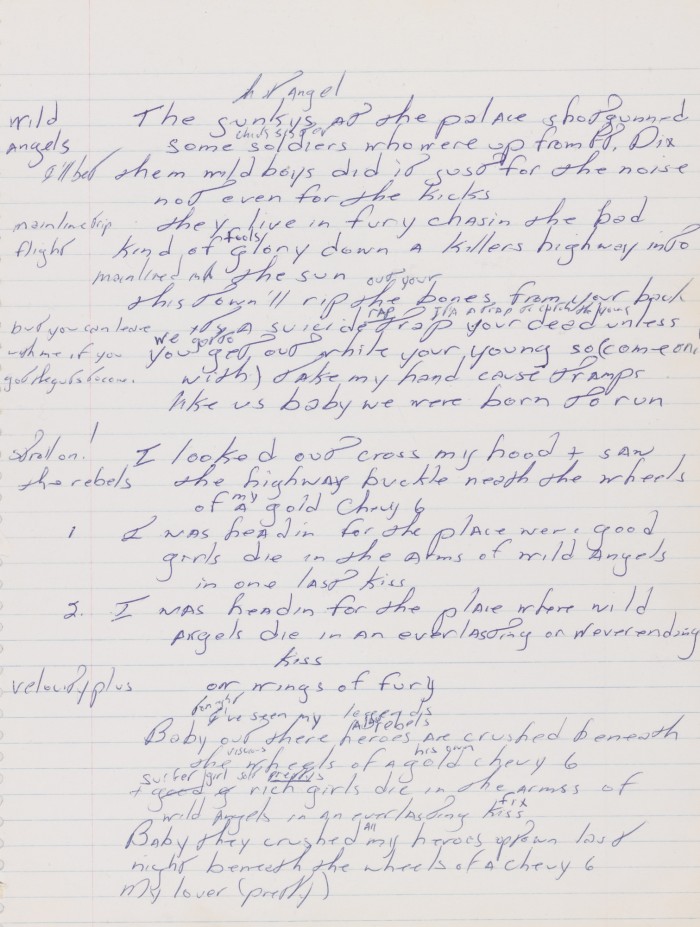 Springsteen’s 1975 album was one of the most defining creations of rock ‘n’ roll in the 70’s. The album gave life to rock ‘n’ roll that many believed losing its attraction. At the time Los Angeles Times wrote: “Springsteen gave us reason to believe again in the music and ourselves — a youthful self-affirmation that was absolutely thrilling.”

This line from the draft manuscript “I was heading for the place where wild angels die in an everlasting or never ending kiss.” didn’t make to the song. The “tramps like us” line survived, but missing from the draft is the character of Wendy.

Sotheby’s has a pre-auction estimate of $70,000-$100,000 for the manuscript. The auction is scheduled for December 5th. The manuscript was part of Springsteen’s former manager, Mike Appel’s collection.