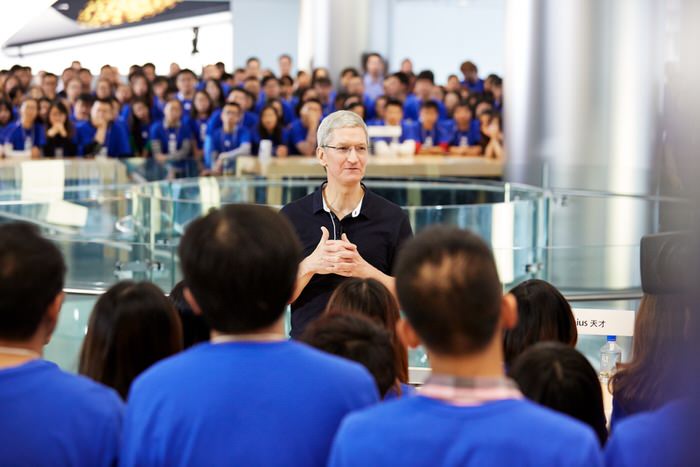 It is that time of the year where Apple’s Chief Chef, Tim Cook selflessly serves himself up for lunch. This is lot more different than what England’s Chef Alastair Cook does for Waitrose. For the third successive year Tim Cook is offering his time to raise funds and awareness for Robert F. Kennedy Human Rights organization via Charitybuzz online auction house. The winning bid gets the opportunity to have lunch with Cook at Apple campus in Cupertino, California. In addition to lunch winner also gets to be his guest at an Apple keynote event.

The Tim Cook auction runs till May 6 and at the moment highest bid stands at $165,000. Bids can be made in increments of $5,000. So if you want to bid at $170,000 go ahead, make sure to have a valid credit card on hand before starting your bid. The first lunch auction Tim Cook participated in 2013 raised a record setting $610,000 for Robert F. Kennedy Human Rights.

Tim Cook, CEO of Apple since August 2011 has an impressive resume as a business executive. Fortune magazine this year ranked him #1 on the list of the World’s Greatest Leaders. Last year Financial Times named him the Person of the Year. His long list of achievements as Apple CEO includes introducing new products and services such as the iPhone 6 and iPhone 6 Plus, Apple watch and Apple Pay. He is also leading a company wide effort to use 100 percent renewable energy at all Apple facilities.

Prior to becoming CEO, Cook held the position of chief operating officer under Steve Jobs. He holds a bachelor’s degree in industrial engineering from Auburn University and earned an MBA from Duke University. In addition to Cook, you can also bid for lunch with Jeff Zucker, President CNN Worldwide, meet Billy Joel at Madison Square Garden on June 20 and the opportunity become U2’s tour producer for a day.