A short Anne Frank poem to her friend Christiane van Maarsen fetched an astonishing $148,000 at auction in the Netherlands. The importance of this note is she has written this a few months before her family went into hiding from the Nazis. The eight line poem written in Dutch, dated 28 March 1942 and addressed “Dear Cri-Cri” had a pre-auction value of just $32,000 to $53,000.

Christiane van Maarsen was the older sister of one of Anne’s best friends, Jacqueline. Cri-Cri, who died in 2006 wasn’t too attached to the letter. In a note to The Bubb Kuyper auction house, Jacqueline wrote, “My sister (nicknamed Cri-Cri) tore this page out of her poezie album and gave it to me around 1970. I know that my sister was not as attached to this verse from Anne to her as I am to the verse Anne addressed to me.” 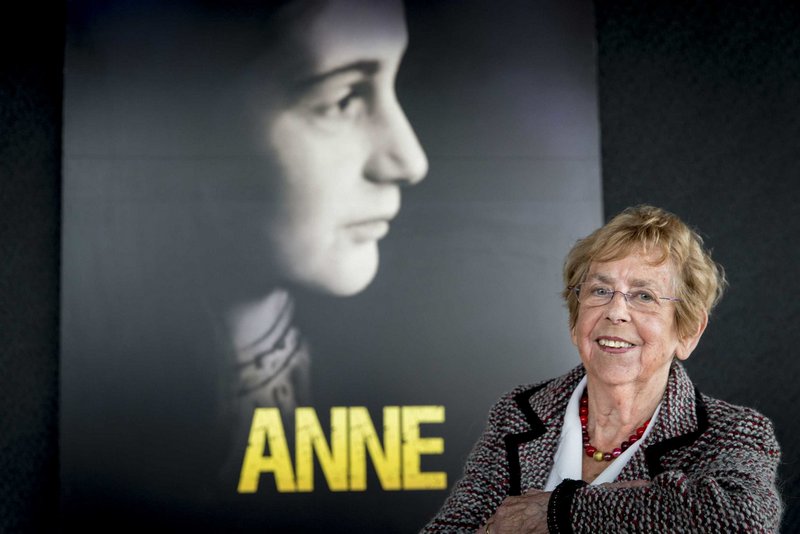 Poezie albums are the social media during Anne’s time. Girls at the time collected correspondence among friends and stick them in scrapbooks – in the Netherlands, they are called Poezie albums. Of the eight lines, the first four lines have been copied from a magazine. The second four lines are said to be Anne’s original work.

In the poem, Anne encouraged Cri-Cri to concentrate and work hard on her school assignments. According to Jacqueline (above image), her sister didn’t quite like Anne’s advising and that is the reason she gave it to her in the 1970s.

The auction house based in Haarlem, Netherlands also noted that Anne changed her handwriting style halfway through writing. This Anne Frank poem is one of the very few handwritten items from Anne to survive, apart from the diaries. Anne Frank died in Bergen-Belsen Nazi death camp aged 15, just before it was liberated by Allied forces.