London auction house, Christie’s on September 5th will hold their first ever “Out of the ordinary” auction. Listed items include truly bizarre bronze death mask of Napoleon to unconventionally massive caviar dish. In all, there are 155 lots ready go under the hammer. Napoleon’s mask from the Antommarchi cast circa 1833 that is expected to fetch between $16,000 and $23,000.

Massive Marine Plywood Rocking Horse – $38,000 -60,000
Red painted horse designed and made by Anthony Dew. Features a trapdoor in the horse’s belly and another in the saddle, no known rumors about being a Trojan. “Big Bertie” is believed to be the largest hand-carved rocking horse in the world. 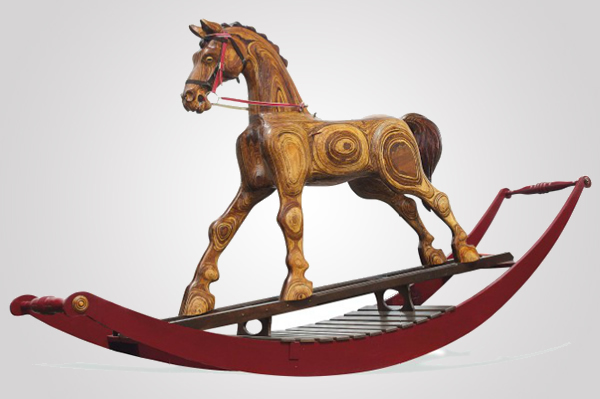 A Massive Silver Caviar Dish – $120,000 – $150,000
Considered to be the largest caviar dish in the world. Priced appropriately to pique interest in Russian oligarchs living in and around London. 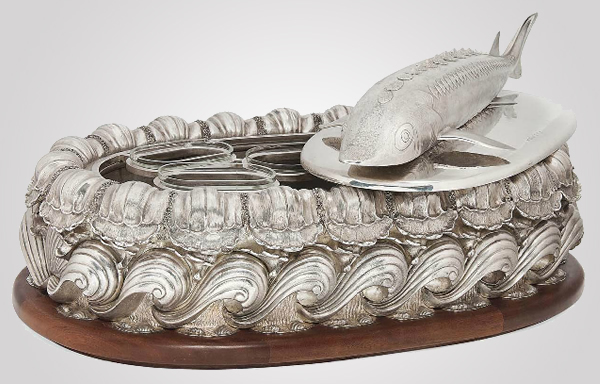 A Rare Pair Of  Large Scale Victorian Leather “Ivy Brand” Exhibition Balmoral Boots – $16,000 – $18,000
Made for Rhodes, Rowling and Shaw Ltd. This show is a manufacturer’s display model with “Ivy” carved into the sole. Constructed entirely of leather. This is an accurate, scaled up British size 42 boot. Expects heavy interest from high-street retailers. 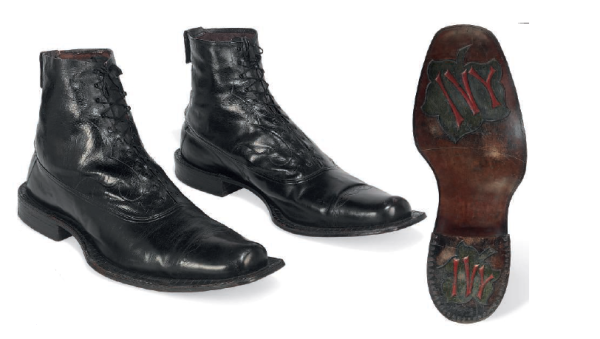 A Large Illuminated Pierced Brass Sculpture Of A Rhino – $ 12,000 -$15,000
Fitted for electricity and standing on a rectangular plinth. This is a recent manufacture. 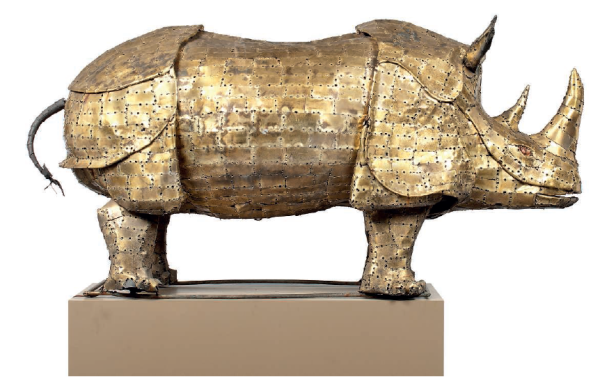 Each lot has been selected as either visually striking or with an intriguing story to tell, and many have never before been seen at auction. The diverse range of departments welcomes the public to the extended exhibition from 5 August until the sale on 5 September. It is definitely a sale full of surprises that will excite the imagination.