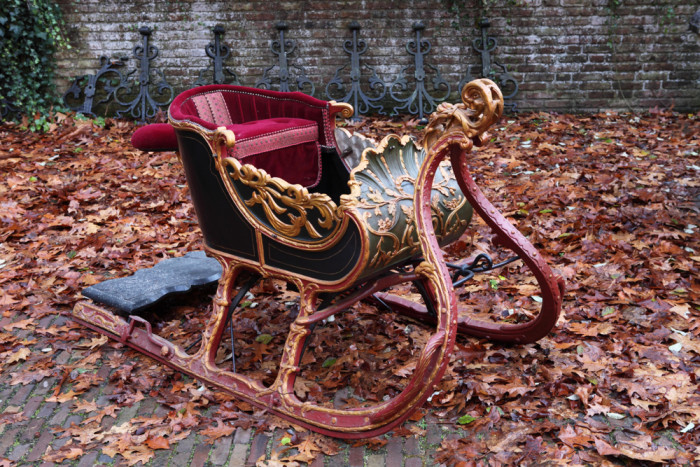 It is never too early to get ready for next year’s Christmas, especially if you are Santa Claus. You can be a modern Santa riding a FWD modern sleigh or a traditional Santa riding around on an old fashioned one, there is no denying what kids prefer – one with reindeer pilots. One of the two 18th century Christmas sleighs on the Bonhams Carriage Collection Sale is an Amsterdam sled with a pre-auction estimate between $11,000 and $16,000.

Carriages and coaches built by finest coach builders such as Holland & Holland, Guiet& Co, Barker & Co and Van Campenhout from 17th to early last century are part of the 150 lot auction. Some pieces such as the ex-Royal British Mews 1835 Traveling Landau Coach even have great historical importance. Estimated to sell between $310,000 and $470,000, the Adams & Hooper built coach is the equivalent of a Range Rover of its day. 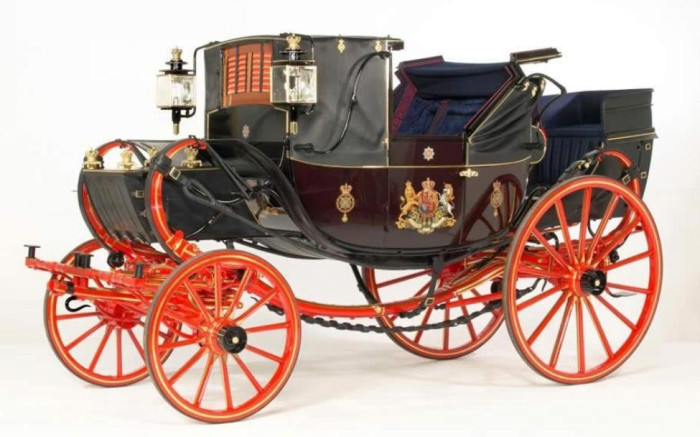 There are also three extremely rare motor cars offered – a 1908 Sears Model P Four-Seat High Wheel Runabout, a 1907 Holsman Economy American Buggy and a Brass Radiator Ford Model T Speedster. Majority of the items have never been offered for sale at an auction and this is the first time they are being offered for public view.

The auction is set to take place on March 7 in Oxford, England. 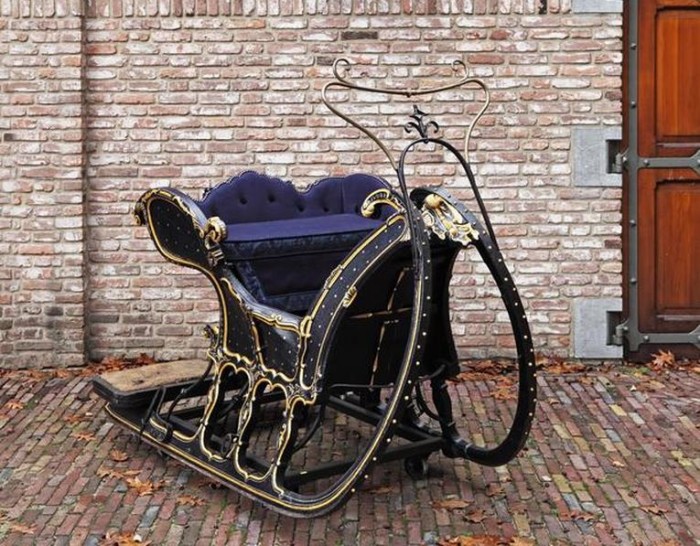 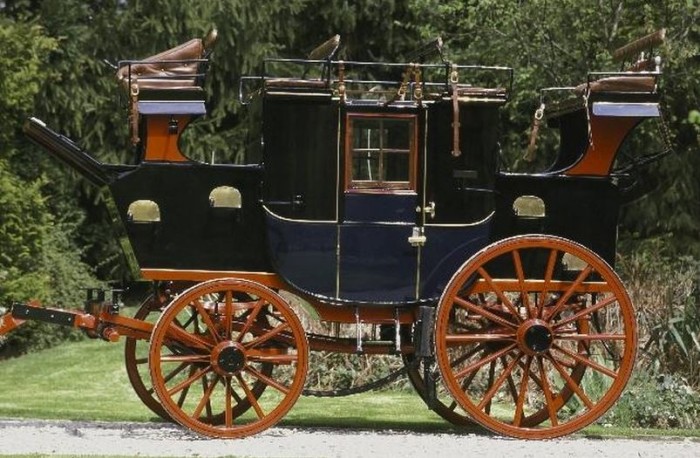 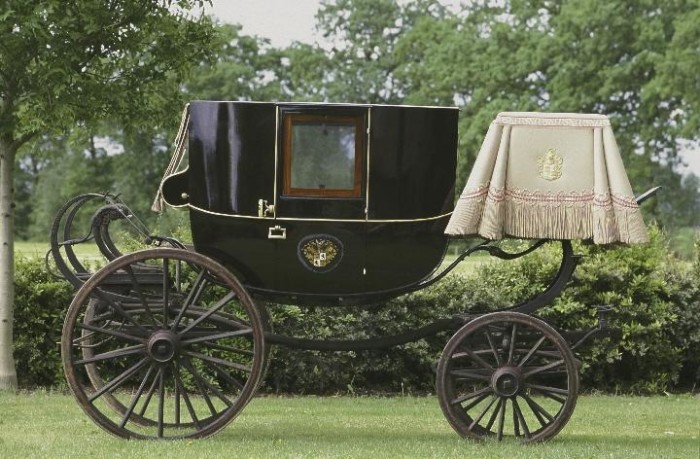 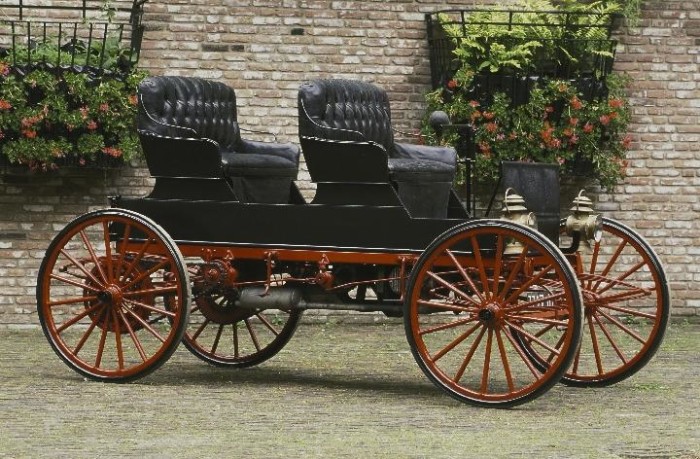 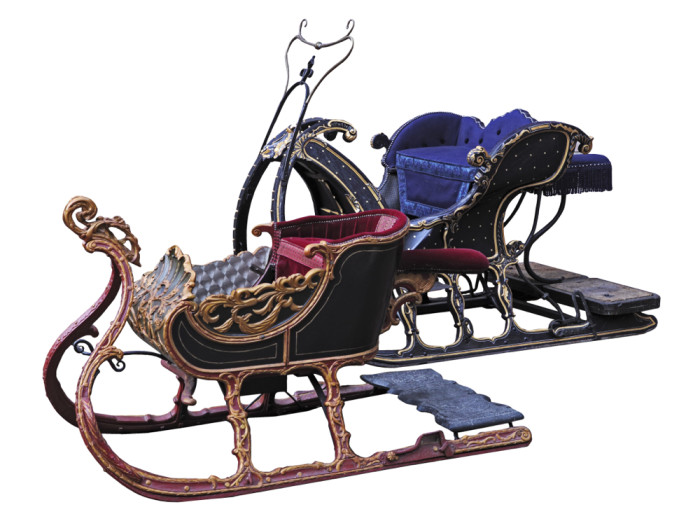