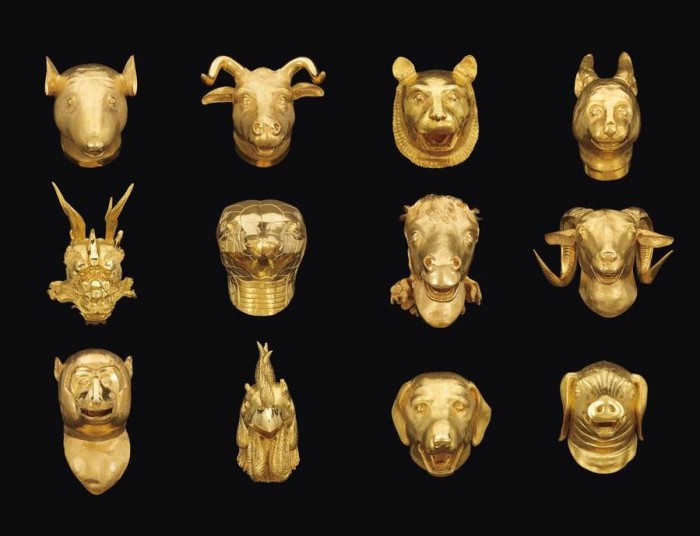 If all goes according to plan, Chinese contemporary artist Ai Weiwei is in for a big payday. His sculpture Circle of Animals/Zodiac Heads is set to go under hammer on February 12 at the Contemporary Art Evening auction at Phillips with a pre-auction estimate of £2 to £3 million. Also available are works from other modern artists such as Andy Warhol, Allen Jones and Julian Schnabel, however Weiwei’s work of 12 gold-plated Chinese zodiac signs is expected to take the top spot.

Ai Weiwei’s inspiration for the sculpture comes from a water clock-fountain at the Old Summer Palace built by Emperor Qianlong of Qing dynasty between 1750 and 1764. Records show fountainheads were originally made by Italian Jesuit priest Giuseppe Castiglione, who worked as a painter at the emperor’s court. Five of his works were looted by French and British armies during the Opium War in 1850, Weiwei managed to work from the remaining 7 originals and through research for the five missing ones.

Created in 2010, Weiwei’s Zodiac Heads collection consists of 2 sets. Six large editions of made of bronze are almost 10 ft high and suitable for outdoor display. The gold-plated six editions at 20 to 30 in height are perfect for indoors. The sculptures were unveiled at the Pulitzer Fountain at Grand Army Plaza, New York in May 2011. They’ve been displayed in museums and other sites across the world since then.

Prior to auction, the Zodiac Heads (rat, ox, tiger, rabbit, dragon, snake, horse, sheep, monkey, rooster, dog and pig) will be on display at Phillips Brook Street gallery from February 2-6 and at Phillips, Berkeley Square from 7-12 February. 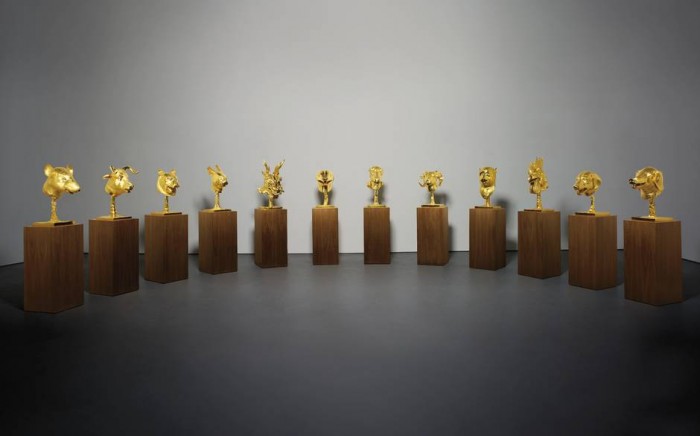