Brooklyn Museum can look forward to a big payday to fund its art programming thanks to the upcoming auction at Sotheby’s. From December 7 to December 16, adidas x Meissen Originals ZX8000 Porcelain will go under the hammer to raise a sum between USD $1 to USD $1 Million. As the name suggests it’s a collaboration between German brands porcelain maker Meissen and sports/leisurewear maker Adidas. 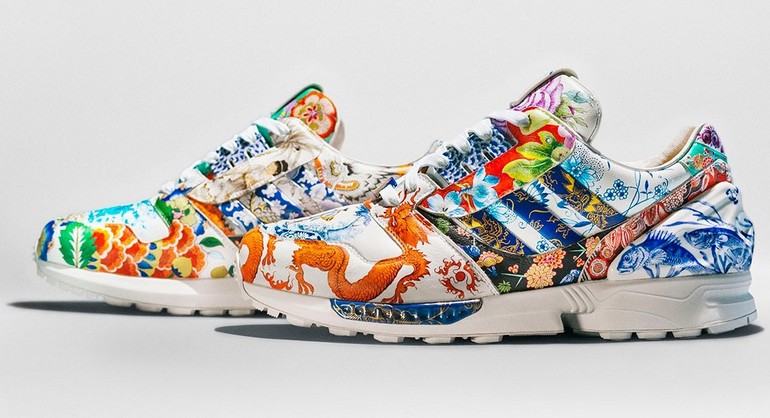 The adidas Original ZX8000 is getting the porcelain customization from Meissen. Its colorful hand-painted leather uppers are decorated with 10 of the 130 patterns from Meissen’s famous Krater Vase. The hand-made porcelain decorated parts include a Torsion clip in the midsole, the ZX heel cup, the lace lock, tongue tag, quintessential Three Stripes. Additionally, the ZX-specific eyestay pieces feature a stunning hand-painted antique design. 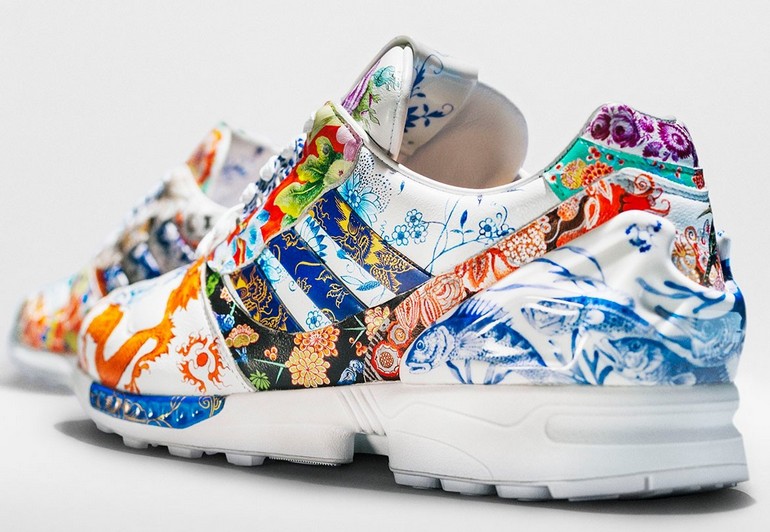 It took Meissen’s design department a year to put the project together. And, a further 6 months for its painters to complete the special edition with four painters working on the panels.

Ts described by Till Jagla, adidas’ global head of energy, “Meissen carries so much heritage and know-how, inspiring collectors around the world. The manufacturing process to create the ‘first porcelain sneaker ever’ has been very complex, and took us more than a year to finish the product. The team has been obsessed with creating the perfect piece of art. When I think about this project, what I liked most is the love, the passion, and the dedication, which have led to an overwhelming result.” 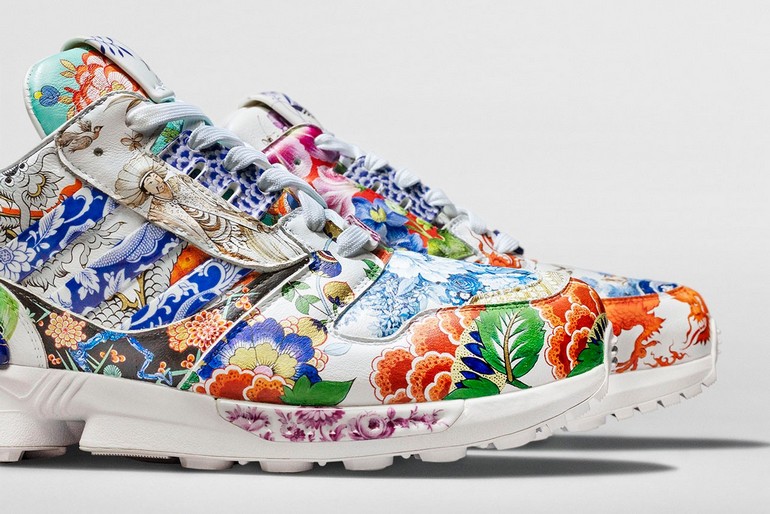 You can follow the online auction for unique adidas x Meissen Originals ZX8000 Porcelain on Sotheby’s website starting tomorrow. There are also plans to release an affordably priced version of the ZX10000 for the fashion-conscious masses at the end of December.