This unique and incomparable Patek Philippe Grandmaster Chime Ref. 6300A was sold at Only Watch charity auction held in Geneva for a mammoth bidding price of CHF 31-million (about $31-million) on 9th November. The unique feature of this only watch charity auction is that the top watch brands donate special editions to be auctioned. The previous record for the world’s most expensive wristwatch was Paul Newman’s Paul Newman Rolex Daytona, which was sold for $17.7-million at a Phillips auction couple of years ago in 2017. The previous record for the world’s most expensive watch (a pocket watch) was the Patek Philippe Henry Graves Jr. Super complication that was made in 1920, which sold for $24-million at a Sotheby’s auction in 2014. 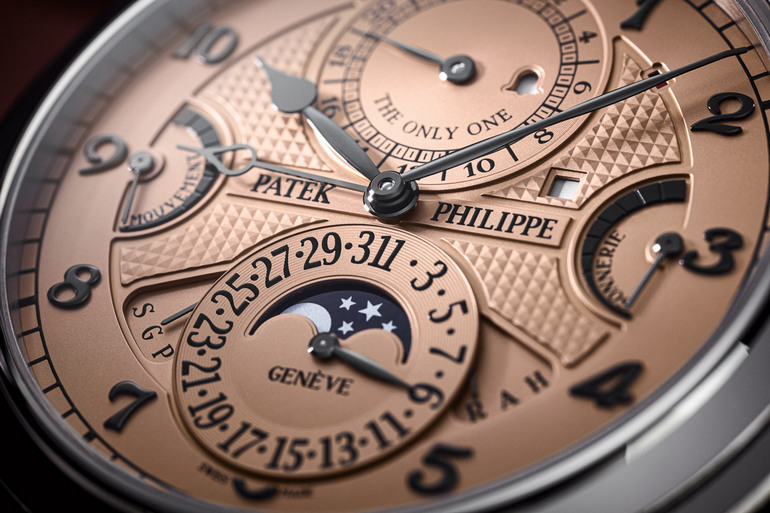 This $31 Million Patek Philippe Grandmaster Chime reference 6300A-010 was created especially for Only Watch and is the first and one and only of this kind that will ever be made in stainless steel. It is full of amazing features such as: four spring barrels driving 20 complications, including a Grande-sonnerie, a minute repeater, prompt uninterrupted calendar with a four-digit year display, second time zone, day/night indicator, day/date (on both dials), month, leap-year cycle, four-digit year display and 24-hour and minute sub-dial. What more can you expect from a masterpiece like Grandmaster Chime reference 6300A-010 which is considered to be the world’s most expensive watch ever?

There are front and back dials, which can be changed via reversible lugs. The reversible case, adorned with a guilloched hobnail pattern, protected against humidity and dust (not water-resistant) is notable for its patented reversing mechanism. The dials are in rose gold and black ebony. The eye-catching salmon-colored front dial bears the caption “The Only One” on the alarm sub-dial at 12 o’clock. Shiny black alligator leather strap with square scales is handstitched. The watch also has an acoustic chimed alarm function that strikes the time by reproducing the complete tone sequence of the minute repeater – a function that has never ever incorporated in a mechanical wristwatch in the past. To protect it against damage caused by involuntary handlings, it incorporates isolators that disrupt the flow of power between individual mechanisms or block certain functions whilst others are active. This is the most complicated watch Patek Philippe has ever produced. This unique watch was bought by an anonymous bidder. 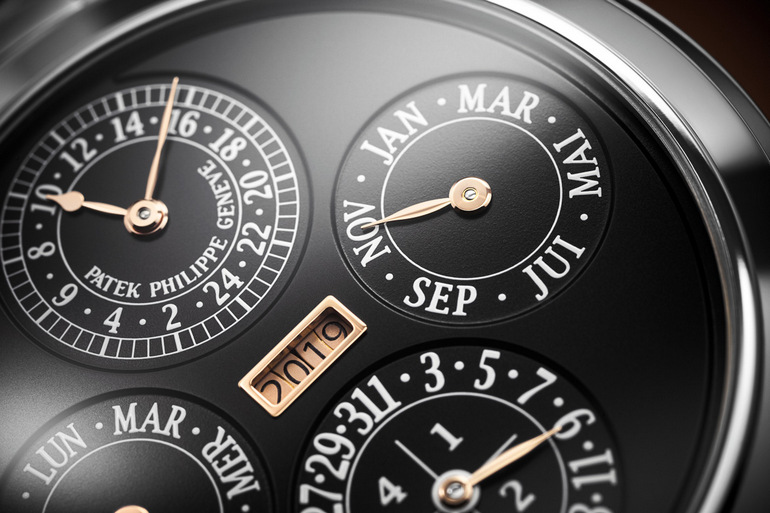 Patek Philippe originally introduced the Grandmaster Chime in 2014 in a series of seven pieces to mark its 175th anniversary. The Only Watch auction which has been held biennially since 2005 was held this year by Christie’s, with 100% of its proceeds going towards the research done on Duchenne muscular dystrophy, a genetic disorder that strikes children. To date, the event has raised more than $40 million. It was started by Luc Pettavino when he learned that his son, Paul, was afflicted with the disease. Paul passed away in 2016. Luc Pettavino received the Special Jury prize at the Grand Prix d’Horlogerie de Genève on 7th November for his contribution to the watchmaking world via the organization of the Only Watch charity auction.