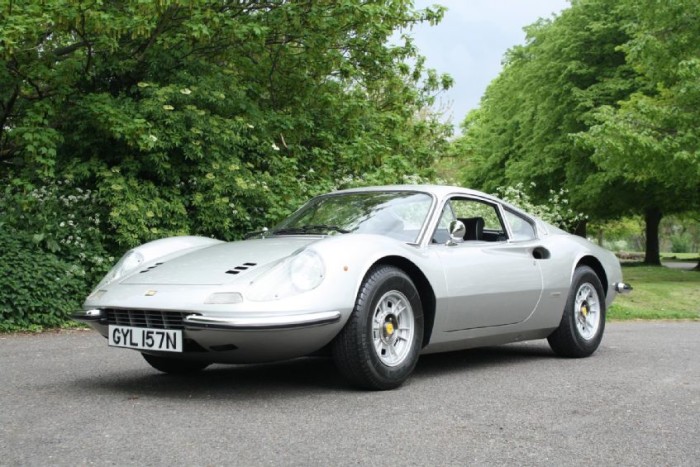 Once owned by Rolling Stones rocker, Keith Richards, a 1972 Ferrari Dino 246 GT is scheduled to sell at the Coys’ auction in Monaco on May 9th. Even though made by Ferrari, the automaker never claimed the Dino 246 GT as one of their own officially. Richards bought the car brand new in California and three years later shipped it to UK. He drove it until 1986, while collecting a total of 25,000 miles during the 14 year period he owned it.

Under the hood the Dino 246 GT is powered by a 2.4-liter V6 engine that gives 175 hp. Enhancing performance of the car it is mated to a 5-speed manual transmission and the overall weight tops at just 2,380 lbs. The hard-top car is has silver exterior paint and black leather interiors.

“A Dino offered at no reserve is rare enough in itself and would make this is a highly desirable and collectible item in its own right, but when one adds to this proven long-term ownership by rock and roll aristocracy, the Keith Richards’s car has to be the ultimate Dino and will surely give any car collector and rock enthusiast a great ‘Satisfaction’!” said Coys Managing Partner Chris Routledge in a statement.