Demand for Chevy Corvettes is stronger than ever in the collector’s market. It’s been on the rise and did exceptionally well last year. There seems to be no dying of demand this year either. Yesterday at the Barrett-Jackson auction held in Scottsdale, a red-on-red 1967 Chevy Corvette L88 coupe was snagged for a world record price of $3.5 million ($3.85 million including buyer’s premium). It took less than 3 minutes to bring the hammer down – three million price was reached in less than a minute and another less than a minute to reach the extraordinarily record price.

According to Roy Sinor, a well-known authority in all things Corvettes (he is also a consultant to Barrett-Jackson and retired recently as judging chairman of National Corvette Restorers Society) C2 Corvette is considered the best 1967 L88 in the country. This is also the only L88 coupe on record to receive Duntov Mark of Excellence Award. 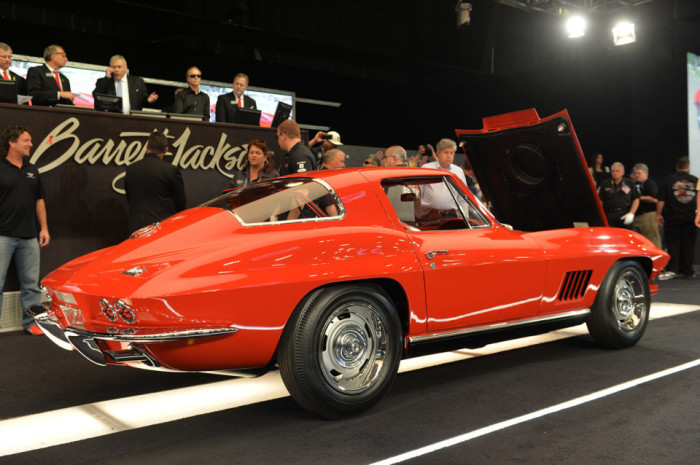 Specifications of the car include the L88 427 ci 7-liter engine that is capable of delivering 430 hp and the M22 Heavy Duty close-ratio 4-speed transmission. It also comes armed with C48 Heater Defrost Delete, F41 Front and Rear Suspension, G81 Positraction Rear Axle, J50 Vacuum Power Brakes, J56 Special Heavy Duty Brakes and K66 Transistor Ignition. According to Barrett-Jackson it also has an RPO A85 shoulder belts as well as another important feature that makes this L88 different – the drag racing preferred rear end ratio of 4.56:1, most other 1967 L88 came with the 4:11 rear end suitable for road racing.

Previous world record price for a Corvette was received at a Mecum Auctions in Dallas last September – also a 1967 L88 coupe it was sold for $3.2 million, $3.52 million with buyer’s premium.

Restoration work on the car was done by the Nabers Brothers of Houston and is fully documented. 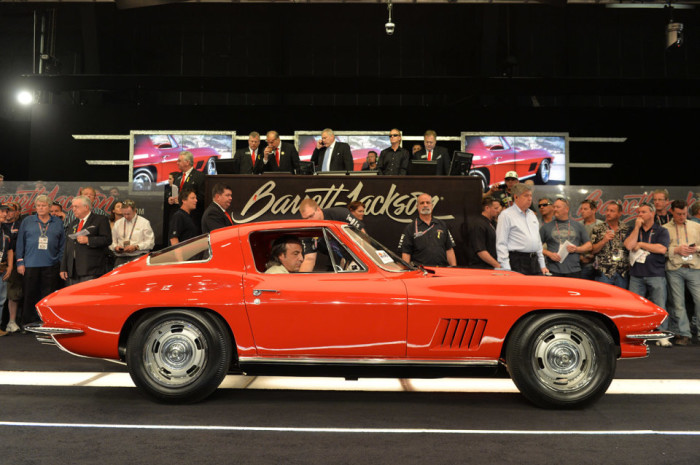 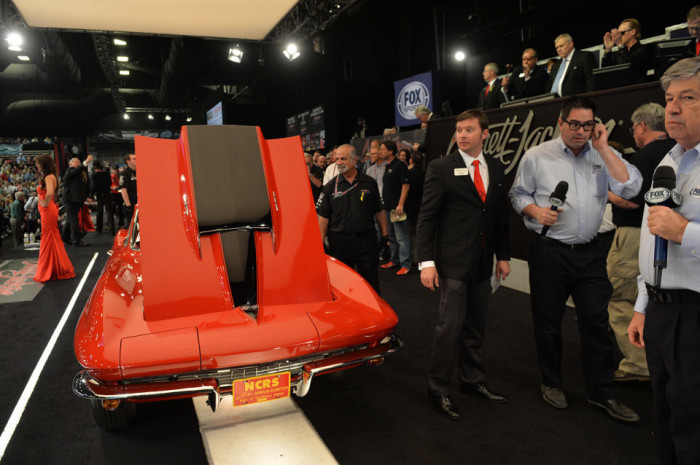 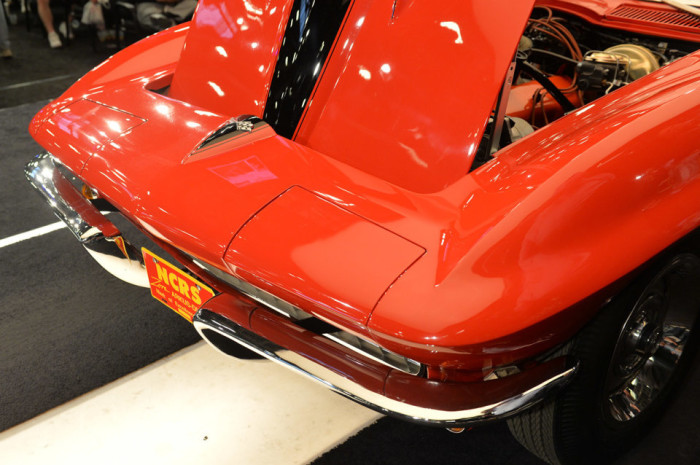 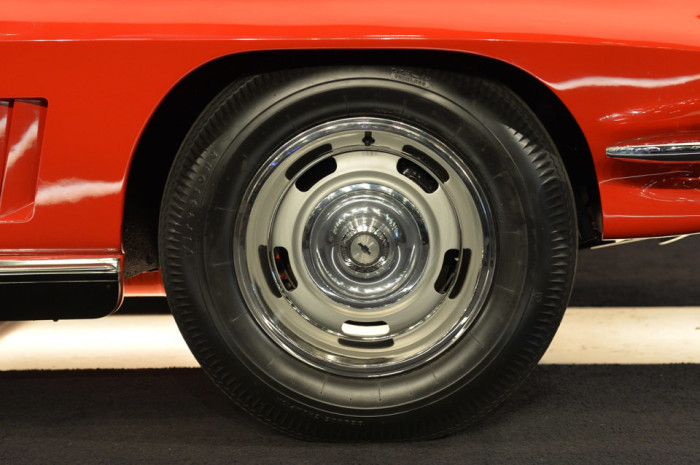 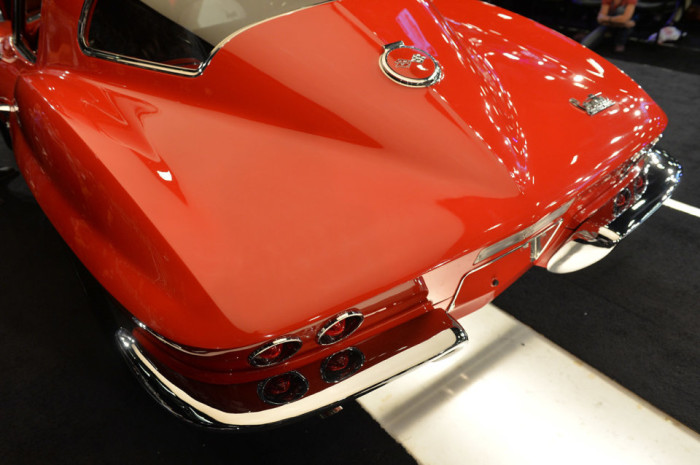 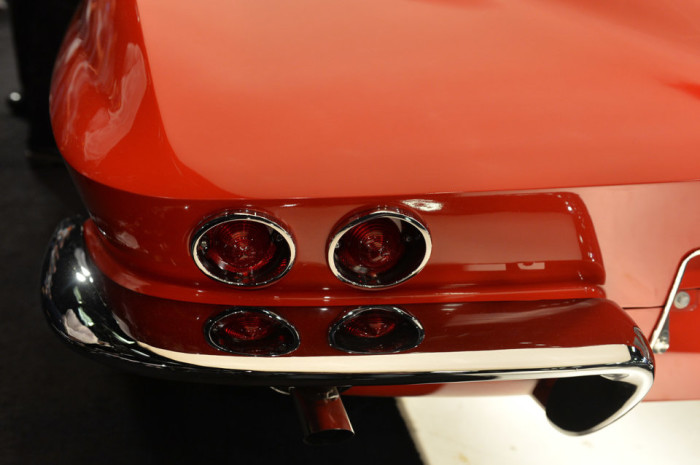 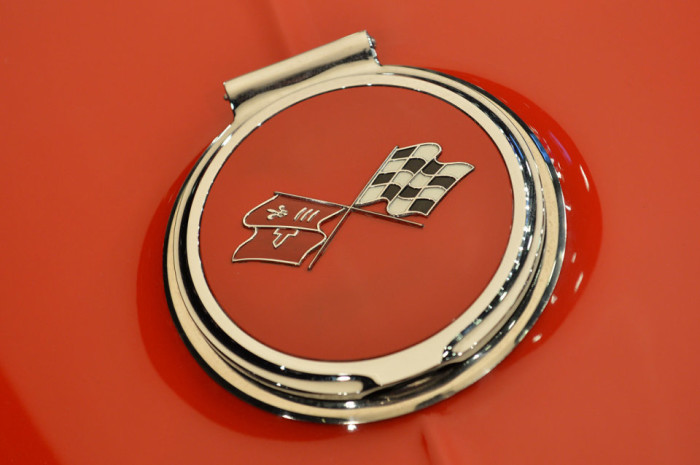 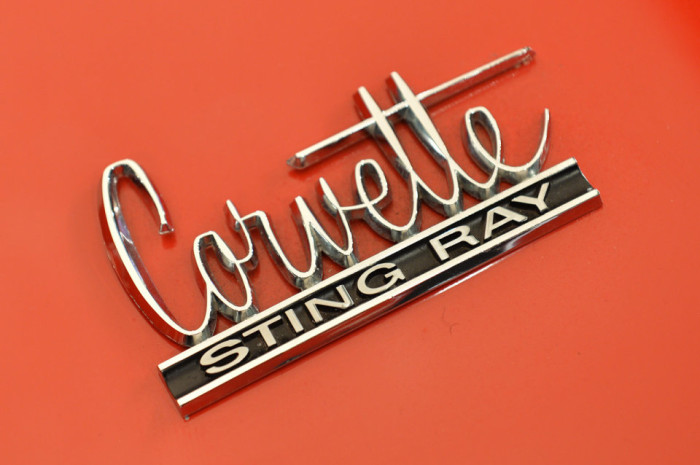 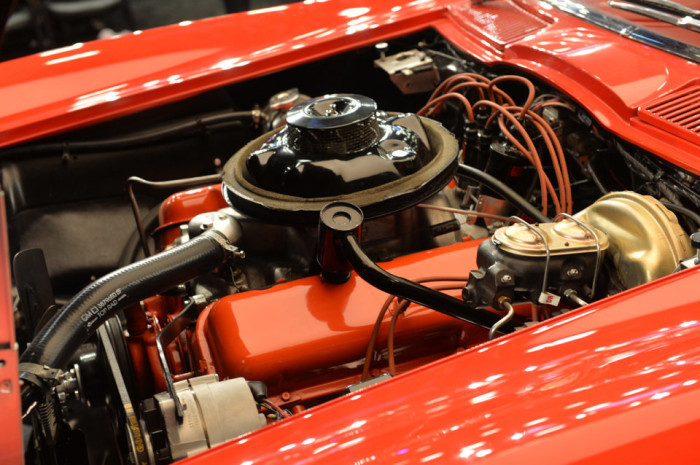 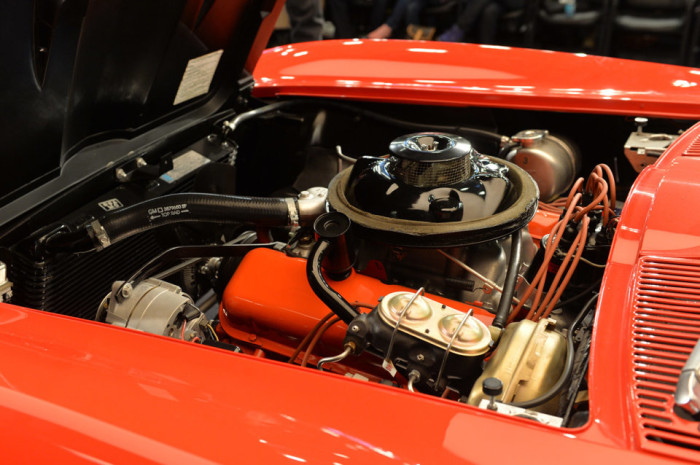