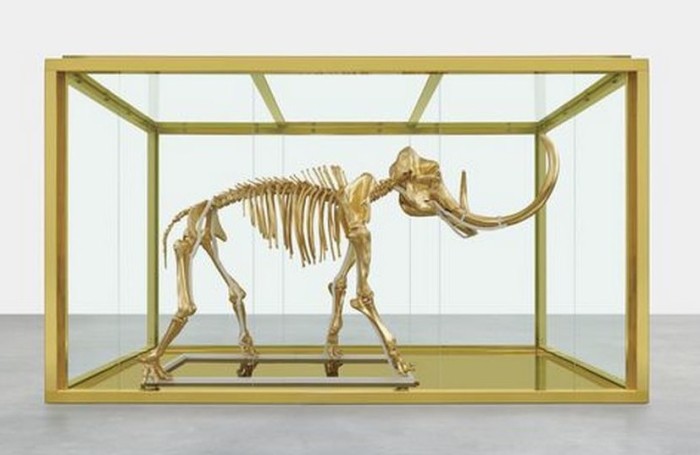 There are more things to do during the Cannes Film Festival other than just attending glitzy parties and mingling with European royalty. You can show up with your pocketbook and spend few bucks (in millions, mind you) to raise funds for AIDS research at the amfAR Cinema Against AIDS party. You’d be amazed at things you can spend your millions, like this gilded woolly mammoth artwork created by artist Damien Hirst, it fetched $15 million (€11 in Cannes currency).

We don’t know who bought it yet, but at one point movie honcho Harvey Weinstein was seen checking it out. Named, Gone but not Forgotten, the 3 meter tall Mammuthus Primigenius became extinct almost 10,000 years ago. The gold-plated mammoth was placed in a huge golden display frame on the grounds of the glamorous Hotel du Cap-Eden-Roc, where the auction was held. After the fierce bidding war ended Weinstein quipped, “Wow, I have never seen anything like that before.”

Other celebrities to attend the annual auction, where Sharon Stone sometimes plays the role of auctioneer include Leonardo DiCaprio,Jessica Chastain,John Travolta,Kelly Preston and Heidi Klum.As for the party, there were Robin Thicke,Lana Del Ray and Andrea Bocelli to entertain stars and well-heeled alike. 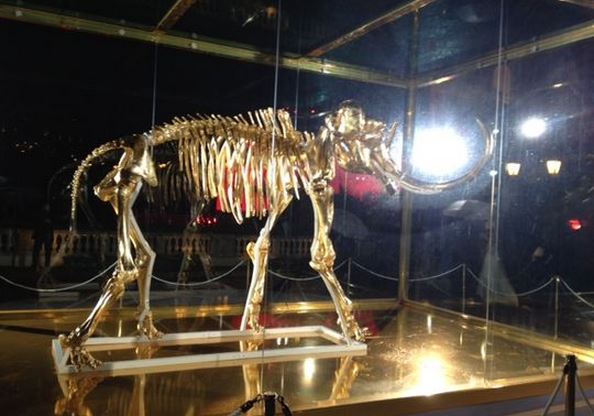